Matt Damon to Star in Movie "The Instigators"

Matt Damon will once again team up with Casey Affleck for the heist movie "The Instigators" for Apple Original Films.

Apple recently landed the coveted package, which has Doug Liman on board to direct.

Damon and Ben Affleck are producing through their newly formed studio, Artists EquityArtists Equity, along with Jeff Robinov and John Graham through Studio 8 and Kevin Walsh through his Company The Walsh.

"The Instigators" follows two thieves who must go on the run with the help of one of their therapists after a robbery goes awry.

The script was penned by Chuck MacLean and was developed by Robinov, Graham, and Casey Affleck. 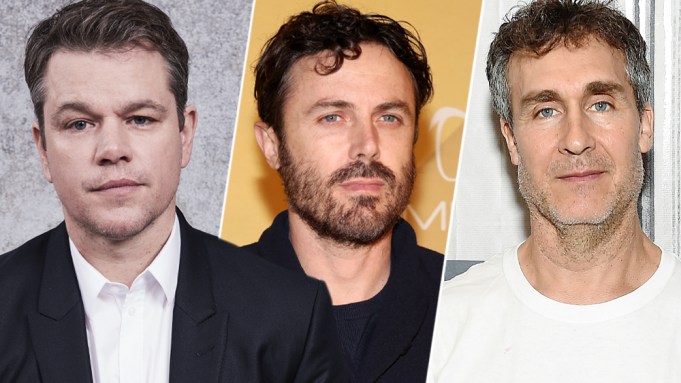 The project joins the slate behind Artists Equity, which partners with filmmakers to empower creative vision and broaden access to profit participation.

The first project announced as part of Artists Equity’s slate was Ben Affleck’s untitled Jordan-Nike drama that tells the true story behind the creation of the iconic Air Jordan brand, which he is directing with Damon starring.

That film is in post-production and is already drawing buzz as one of 2023’s anticipated movies.

Damon and the Afflecks’ long-standing relationship began with the 1997 Oscar-winning drama "Good Will Hunting", which starred the three of them and won Damon and Ben Affleck an Oscar for Best Original screenplay.

Since that movie, they have worked with one another on a number of occasions that included Damon and Casey appearing in three Ocean’s Eleven movies and Ben most recently directing Damon in the untitled Jordan-Nike drama.

Damon also produced Manchester by the Sea, which won Casey the Oscar for Best Actor.

"The Instigators" also marks a reunion for Damon and Liman, who helped launched the Jason Bourne franchise with "The Bourne Identity" in 2002 with Damon starring and Liman directing.