"Faraway Downs" is created from additional footage Luhrmann shot for Australia but will feature a new ending and soundtrack. 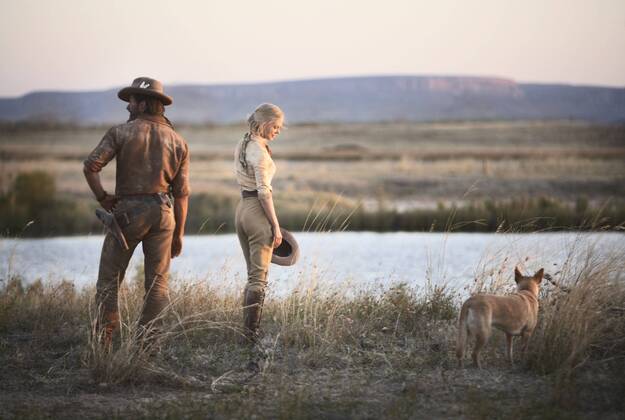 The series will follow the same premise as its predecessor. It is set in northern Australia before WWII and is centered around Lady Sarah Ashley (Nicole Kidman), an English aristocrat who inherits a large cattle station.

When her land is threatened, Lady Ashley teams up with a stockman named Drover (Hugh Jackman) to drive her cattle across the country's rough landscape in order to protect her ranch.

"I originally set out to take the notion of the sweeping, 'Gone With the Wind'-style epic and turn it on its head — a way of using romance and epic drama to shine a light on the roles of First Nations people and the painful scar in Australian history of the ‘Stolen Generations,"  Luhrmann said in a statement.

"While 'Australia' the film has its own life, there was another telling of this story; one with different layers, nuances, and even alternative plot twists that an episodic format has allowed us to explore. Drawn from the same material, 'Faraway Downs' is a new variation on 'Australia' for audiences to discover,” he added.

"Faraway Downs" is expected to release this Winter on Hulu in the U.S. and on Disney+ and Star internationally.