Egyptian Consulate to Los Angeles Ahmed Shaheen held a press conference at the Egyptian Embassy in LA, USA, to announce the “For Ever Is Now” program.

The program, organized by Art D’Égypte’s founder Nadine Abdel-Ghaffar, will be held at the Pyramids’ archaeological site from October 21 to November 7 to display the major exhibitions.

On his part, Hawass said this event is an effective promotion to culture and tourism in Egypt.

In the same context, Hawass reviewed the significant achievements of President Abdel Fattah El Sisi in paying attention to Egypt’s antiquities, the Grand Egyptian Museum, the National Museum of Egyptian Civilization (NMEC), in addition to restoration of Khepial Cairo.

Moreover, he provided details of the new archaeological discoveries in the Saqqara, next to the pyramid of king Teti.

He also revealed that they found a 5-meter-long papyrus, a bronze axe belonging to an army soldier, in addition to some games, wooden boats and masks, and a mural.

The Egyptologist met with English Actress Jacqueline Bisset, and invited her to visit Egypt and the excavations in Saqqara and Luxor. 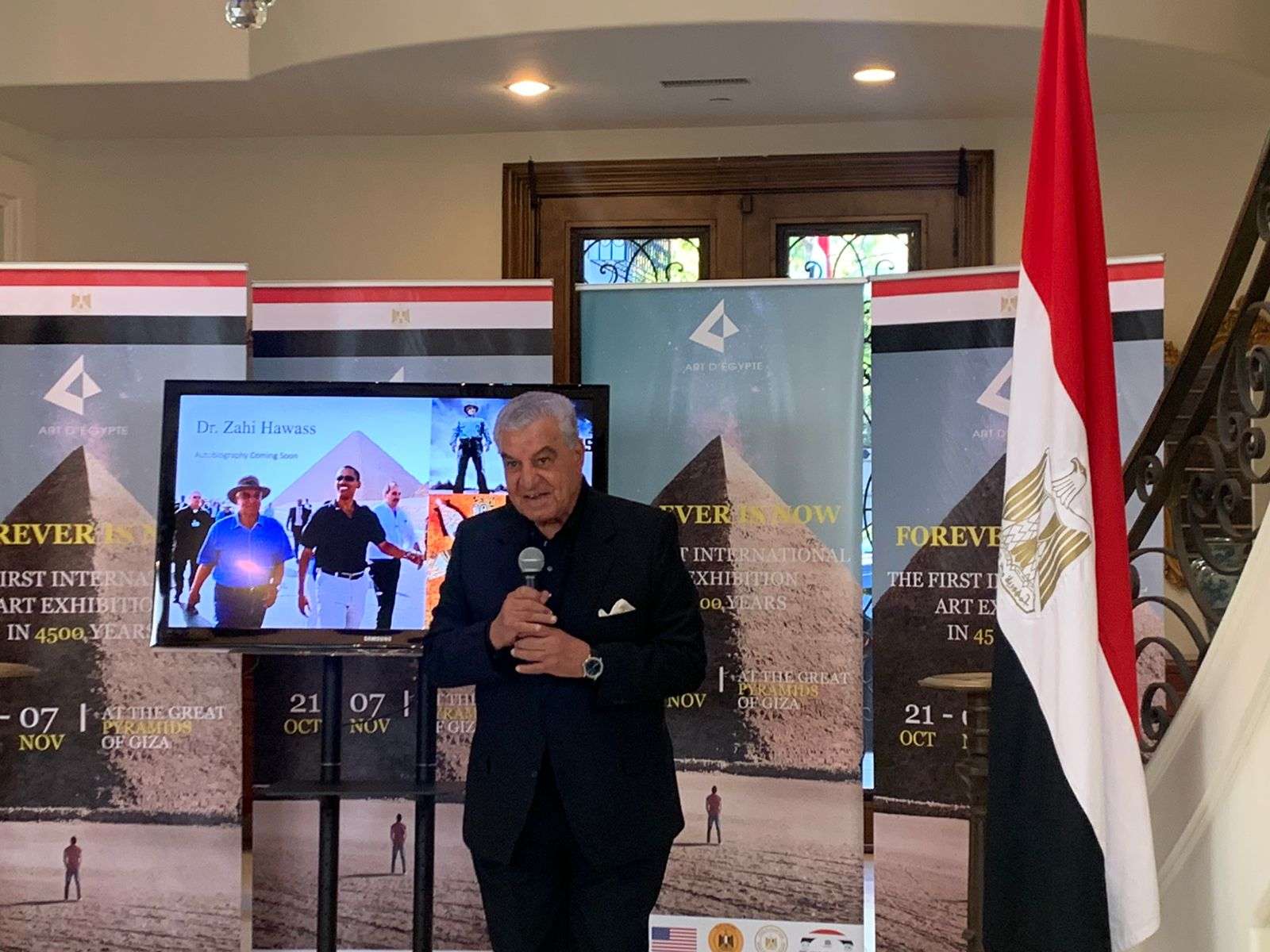