Egyptian superstar, Sherine Abdel-Wahab got candid about her turbulent relationship with her ex-husband Hossam Habib.

In a phone-in "ON" channel, she noted that Habib had asked for 10% of her earnings.

"I'd rather marry a monkey than get back to him. I don't want to know someone named Hossam again," Abdel-Wahab affirmed.

She apologized to the public for lying about him not taking money from her, noting that her relationship with her ex-spouse was never love.

"All people knew that I was trying to beautify his image, people are not stupid and know everything, and I know that I was lying to beautify his image. I was a woman living with a man almost who did not work, did not see his family or friends, and did not go out. He doesn't have anything except for a love of possession, and I remained by his side in the hope of success and not fail,” Abdel-Wahab added.

She continued, "After the coronavirus, I was destroyed at the hands of Hossam. My work was dead. Hee is a very moody person and lost me all people around, my brother, sister, mother, my friends, my driver, and my maid. He made me feel that the whole world conspired against us and against our relationship, and I believed him, despite knowing that it was untrue."

The singer noted that he needs to be treated psychologically because he has a love of possession, he wants her to stay with him and not do anything.

"If I performed at a wedding or took part in a successful advertisement, he made me unhappy" she added.

"I will tire trying to get back to the Sherine I've lost," the singer shared.

Abdel-Wahab shared that she was never hurt by someone in her life like she was by Habib.

"He stole from me. He is a bad person and I hate him," she added.

Abdel-Wahab also disclosed that Habib held a gun to her and her two daughters' faces.

"My children were going to be shot. They were sitting in the room two days ago. He removed from the drawers a box of bullets and gave me a bullet and told me, 'This is a gift from me.'" she revealed. 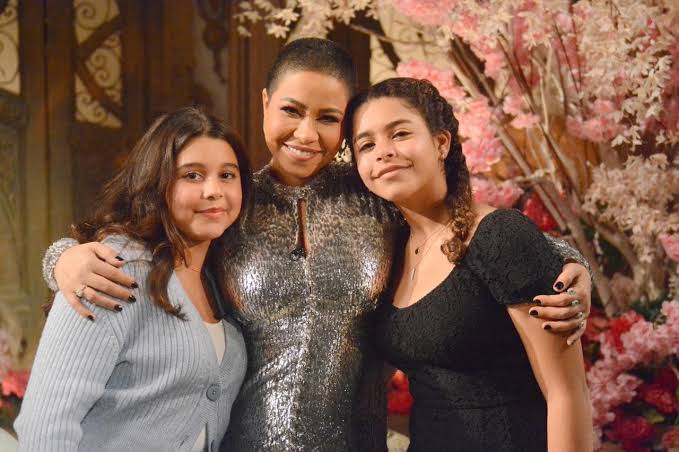 The singer added that they finalized their porce after she cut her hair.

She disclosed that he beat her and dragged her on the floor as well as dealt with unacceptable insults and put-downs.

Abdel-Wahab noted that she had given him another chance and had moved her daughters to another residence.

She added the promises began to fade away and the problems returned.

Abdel-Wahab disclosed they established a joint company and he served as the chairman of its board of directors, in an attempt to bring them closer.

The actress also shared an update about her upcoming projects and stated that she is working on a film and new songs, noting there will be a song in 10 days.