Early Sunday, the events of the highly anticipated Ring of Honor’s Pay-Per-View, Death before Dishonor, took place. The contests of the night were highly praised by the fans of pro wrestling around the world, in addition, the name of the event was trending #1 worldwide. Here are the highlights of the ROH's latest Pay-Per-View

The show was main-evented by the widely anticipated contest between FTR and The Briscoes. Both teams had one of the strongest matches in the past five years at the ROH Supercard of Honor last April for the ROH World Tag Team titles.

The former champions were challenged by FTR for making another + five-star tag team match for the titles which was accepted by The Briscoes. It was truly one of tag team wrestling's unforgettable epics.

The contest that lasted for almost an hour was top-viewed across all platforms, in addition, it was deeply praised, and appreciated by pro wrestling fans worldwide.

The efforts of The Briscoes and FTR alongside the Young Bucks was one of the essential motives for keeping the fans' faith in tag team wrestling.

The moment of crowning Claudio Castagnoli with the ROH World title was a top highlight of the night. Castagnoli (Previously known as Ceasro in WWE) debuted last month at The Forbidden Door and joined the Blackpool Combat Club.

The Stars of the Future: Yuta & Garcia Stole the Show

One of the most impressive contests of the night was the Pure Wrestling Rules match between two of the promising future pro wrestling stars for the ROH Pure Championship Wheeler Yuta, and Daniel Garcia.

Top Women's Contest of the Year

Mercedes Martinez and Serena Deeb delivered a killing technical women's match which was somehow better than expected by the fans.

The performance of both superstars was breathtaking and professional.

Samoa Joe defended his title against his student Jay Lethal. Both stars represented a good, and exciting contrast to watch, and it could be considered one of the best performances for Joe in the latest run.

The Righteous lost their titles to Dalton Castle and The Boys in a fine contest, however, the fans liked the contest for watching the titles alive again which means that several fine names in ROH and AEW could hold the titles like House of Black and Death Triangle.

The Results & The Ratings of the Show: 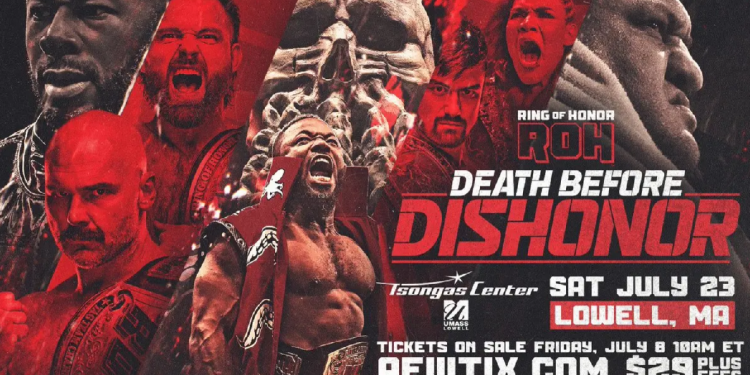