“Riverdale” to End after Season 7

The CW series “Riverdale” is coming to an end.

The hugely popular Archie Comics series developed and executive produced by Roberto Aguirre-Sacasa is ending with its seventh season, which will debut in midseason.

In a statement on Thursday, CW boss Mark Pedowitz said that he thinks seven years is the right amount for the conclusion of the series.

“I am a big believer of giving series that have had a long run an appropriate send-off. We had a long conversation with Roberto [Aguirre-Sacasa] yesterday and he is thrilled with the decision,” Pedowitz added.

“We are going to treat the show in the manner it deserves. It’s been an iconic pop culture star and we want to make sure that it goes out the right way.”

At the CW upfront presentation, Apa promised fans that the series is going to end with a bang and added that the cast can’t wait to share it with them. 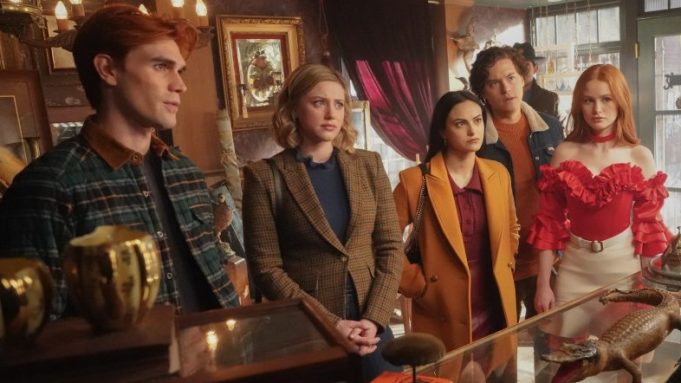 “Riverdale” has been running since 2017. It is based on the Archie Comics universe which has an over 80-year history.

It followed Archie (KJ Apa), and his friends Betty (Lili Reinhart), Veronica (Camila Mendes), and Jughead (Cole Sprouse) as they try to survive high school and trying to solve various types of mysteries including many murder mysteries, serial killers, and cults.

The series is darker and edgier than the more traditional happy-go-lucky comics from the stories it is based on.

The theme of the series features a very reminiscent of classic horror movies and slashers. The series has even cast actors with horror genre resumes like Scream’s Skeet Ulrich who plays Jughead’s dad.

Season 6 picked up where Season 5 ended, with Archie and Betty deciding to give their romantic relationship another shot, just as a bomb planted by Hiram Lodge (Mark Consuelos) under Archie’s bed was about to go off.

The bomb somehow didn’t explode, and when Archie and Betty wake up the next morning, they’re living in the town of Rivervale, their lives in Riverdale but a distant dream.

Egypt’s National Training Academy (NTA), which is tasked with organizing the national dialogue in the coming period, announced that the...

Egypt’s National Training Academy (NTA), which is tasked with organizing the national dialogue in the coming period, announced that the...