People may come, people may go but their memories stay forever and remain in our minds. And this is exactly what happens with legends like Ahmed Mazhar, best known as the “Knight of Egypt’s Cinema.”

Born to a Turkish and Circassian family in the Abbasia neighborhood in Cairo city on October 4, 1917, Mazhar grew up in the streets of old Cairo districts and studied at Sa’daia Military School.

The late actor who was a distinguished soldier and brave captain of the Egyptian Army served as Chief of Army Staff and the head of the Army Knights department throughout the 1940s and 1950s in the crucial years leading up to the conflict with Israel in 1967.

After his retirement from Egypt’s Armed Forces, he started his prominent career in Egyptian cinema and theatre.

He made his showbiz debut in the remarkable movie 'El Naser Salah El-Dine,' directed by the maven director Youssif shahin, as the brave Muslim leader who led successful forays against the Crusaders in Palestine.

His breakthrough came when he and the well-known writer Youssaif ElSba’ay collaborated in the ‘Roda Qalby’ movie for Egyptian cinema theaters.

Following Roda Qalby, he earned his place as one of the great stars of Egyptian cinema and the media also cited him as the most acclaimed actor of his generation.

Throughout his career, Mazhar always kept trying to prove that his breakthrough works were not a fleeting success, but he was capable of staying the course.

He featured in many successful Arab movies like (Oh My Islam, and Al-Shaimaa). The remarkable actor was also the star of important and great films such as (The Curlew Prayer, Djamilah), (Cairo 30, Soft Hands), (I Won’t Confess), (The Last Night, Nadia) and (The Empire of M).

Mazhar proved his impeccable capability and his artistic talent to reach the highest pinnacles of appreciation and endearment, said his co-star Salah Zulfikar.

The talented actor had a special tuning with Faten Hamama. She was his favorite co-star. For example, Hamama knew exactly when to hold Mazhar and when to let him go on camera in the "Last Night" movie, according to the renowned critic Tarik Elshenawy.

With more than 100 films in his career, Mazhar was allocated many awards for his immense contribution to Egyptian cinema including the Cairo Festival Award, and Alexandria Festival Award.

Unfortunately, the industry lost one of its biggest talents when the actor passed away in his house in 2002. 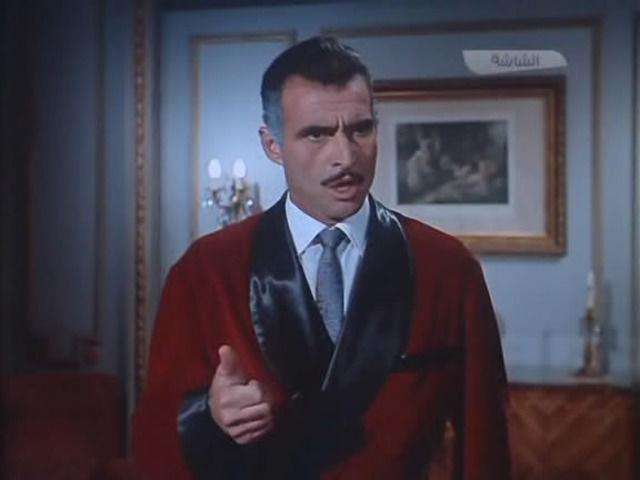