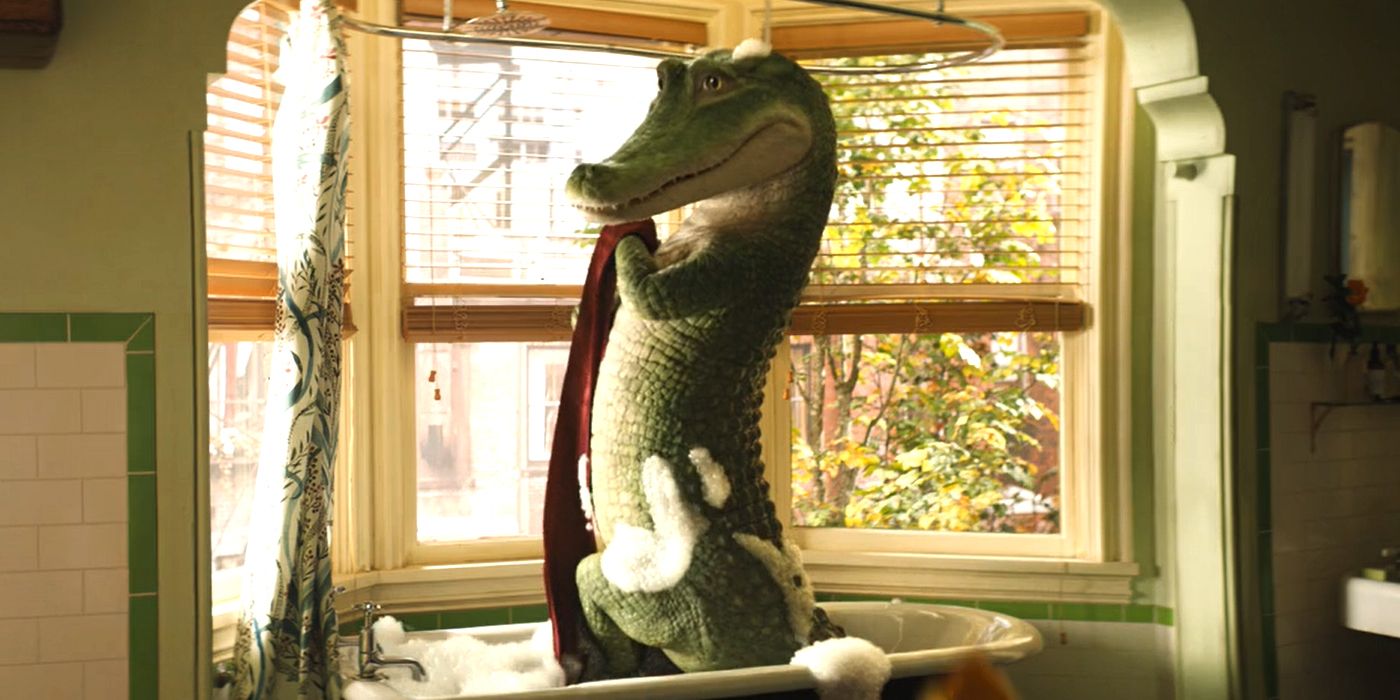 The trailer introduced the Primm family (Constance Wu, Scoot McNairy, and Winslow Fegley) who moved to New York and are doing their best to adapt to life in the Big Apple. However, their new home holds a secret: a singing crocodile, Lyle living in their attic.

They discover about the reptile was caught singing his heart out in the shower, thinking he is home alone.

The trailer also featured the family adapting soon to their new reality and the conflict they face as they share a home with a new household member.

The youngest Primm, Josh (Fegley) is having a hard time adjusting to New York and making friends, which leads him to develop a close relationship with the reptile. However, his parents (Constance Wu and Scoot McNairy) are concerned about keeping a carnivorous beast inside the house.

There is also the issue of nosy neighbors who will do anything to get rid of Lyle.

“Lyle, Lyle, Crocodile” is directed by Will Speck and Josh Gordon from a script by William Davies.

The duo will is joined in music-making by Mendes, Ari Afsar, Emily Gardner Xu Hall, Mark Sonnenblick, and Joriah Kwamé.

CBE: Remittances from Egyptians Abroad Rise to $11.1 Billion within 4 Months

The Central Bank of Egypt (CBE) announced that the remittances of Egyptians abroad increased by 7.7% on an annual basis...

CBE: Remittances from Egyptians Abroad Rise to $11.1 Billion within 4 Months

The Central Bank of Egypt (CBE) announced that the remittances of Egyptians abroad increased by 7.7% on an annual basis...