Kadim Al Sahir to Perform Live in Qatar on Dec. 20

Iraqi superstar Kadim Al Sahir is set to perform at the Lusail Shooting Complex, in Doha, Qatar, on Tuesday, December 20.

He is set to present a number of his popular and latest songs. 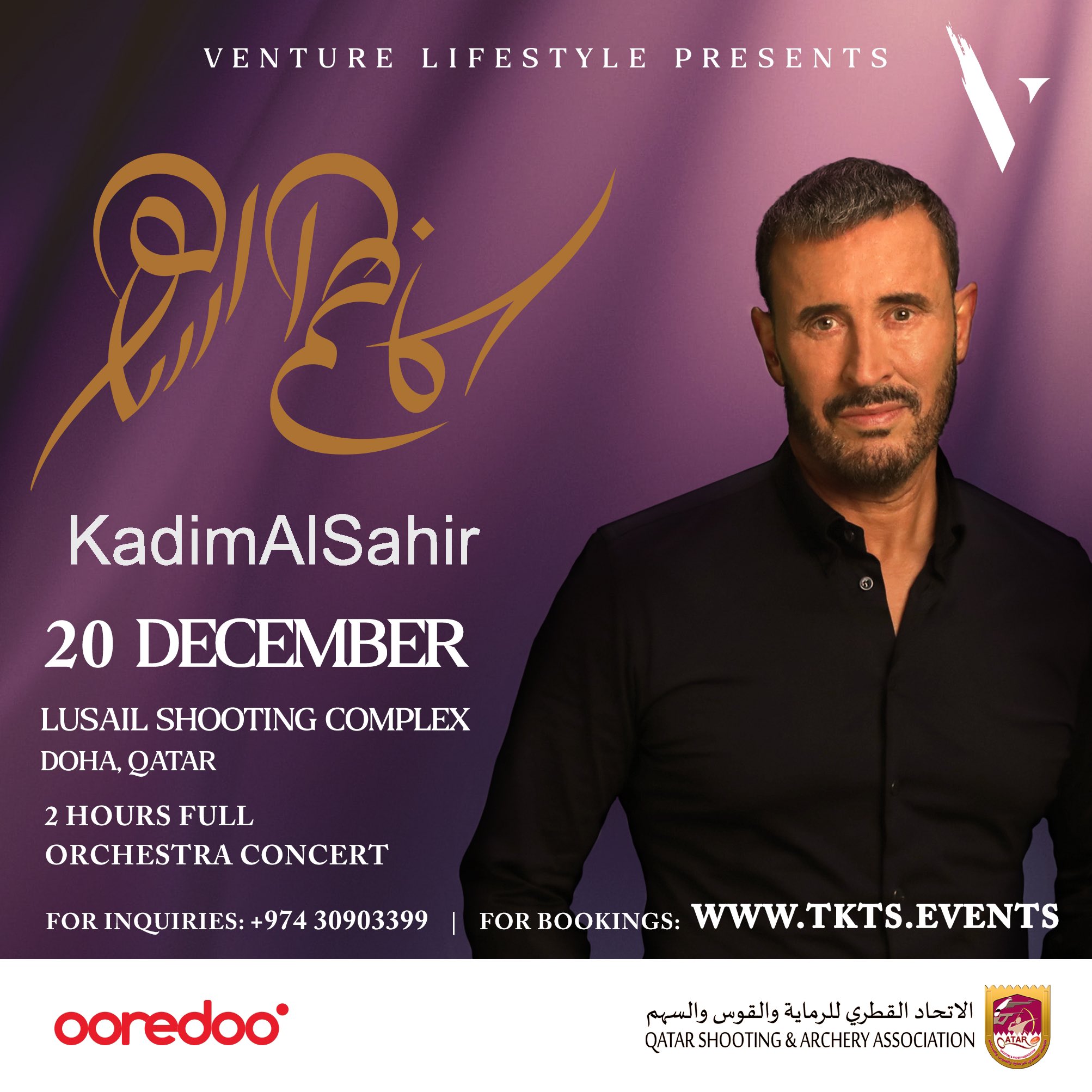 Kadim Jabbar al-Samarai, known as Kadim Al Sahir, was born on September 12, 1957, in Mosul, Iraq. He is a singer, actor, composer, and songwriter.

Releasing numerous albums and touring extensively, Al Sahir has landed his place as both a high-grossing superstar and a respected musical artist.

The acclaimed singer’s reputation continued to grow through collaborations with European and North American artists, including Sarah Brightman and Lenny Kravitz.