Hussain Al Jassmi to Perform Live in Egypt on June 30 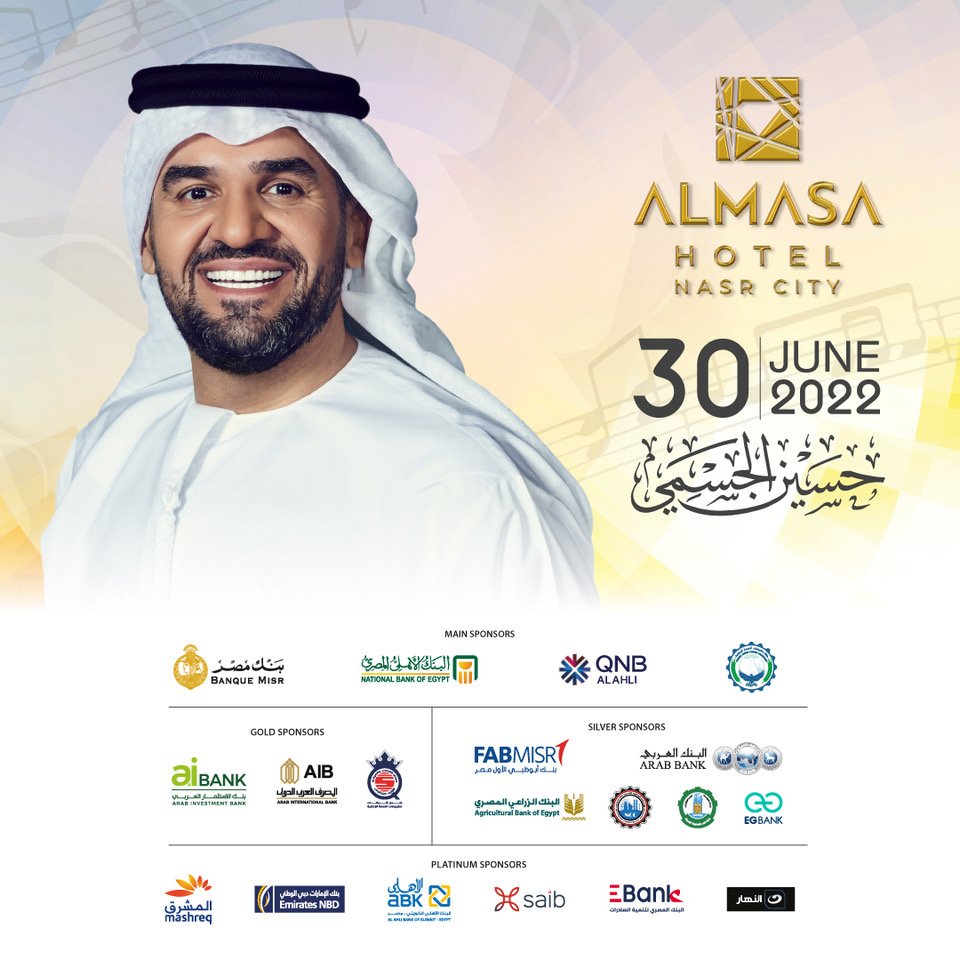 Al Jassmi, born in Khorfakkan on August 25, 1979, is one of the most active and successful singers in the Arab World.

In 2008, the Emirati singer received the Murex d’Or award, under the category of “Best Arabic Male Singer.”

He had gave performances at multiple events and concerts in Egypt, UAE, KSA, Kuwait, and other Arab world countries.

In 2018, Al Jassmi performed at the Vatican’s annual Christmas concert, becoming the first Arab to do so.

Al Jassmi is known for his unique modern music, which is reflected in a unique musical vision that is presented in distinguishing melodies, songs, and compositions as well as highlighted his talents as a musician and established him as one of the best performing stars in the Middle East.