Set in the early twentieth century, “1932” will introduce a new generation of the Dutton family and follows their lives as they face pandemics, historic drought, the end of Prohibition, and the Great Depression all plague the mountain west, and an are the Duttons call it home.

The project is the second prequel for the series. The first Yellowstone origin series “1883” had premiered in 2021  and became the most-watched Paramount+ original series.

It followed the Dutton family as they sought a new life through the Great Plains on the way to Montana.

Kevin Costner and Kelly Reilly originated the Yellowstone franchise while Tim McGraw and Faith Hill took the lead roles in the “1883”.

“Yellowstone” launched in 2018 and spawned a record-breaking season 4 run that drew an average of 11 million total viewers. The series was recently renewed for a fifth season. 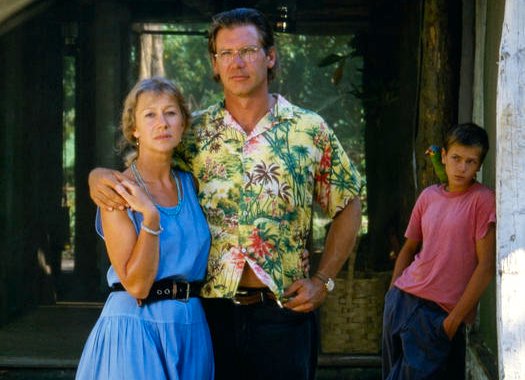 Ford and Mirren previously starred together in the 1986 movie “The Mosquito Coast”, based on Paul Theroux’s novel about a man who moves his family to a Central American jungle to begin a new utopian life.

The book was later adapted into a streaming series by Apple TV+ starring Justin Theroux and Melissa George.

Actor Ahmed Shaker Abdel Latif lectured about the damages of smoking at the pyramids as part of the International Conference...

Egg Prices Skyrocket as Eid Approaches to EGP 2.5 Each

Actor Ahmed Shaker Abdel Latif lectured about the damages of smoking at the pyramids as part of the International Conference...

Egg Prices Skyrocket as Eid Approaches to EGP 2.5 Each