Ghada Adel-Led Play “Forsa Saida” to Be Staged in KSA on Dec. 14

Egyptian actress Ghada Adel's new play “Forsa Saida" is scheduled to make its debut within the activities of Riyadh season, in Saudi Arabia.

The play will be hosted from December 14 to 18 at the Mohammed Al Ali Theater, in Riyadh.

It is scripted and directed by Ashraf Zaki. 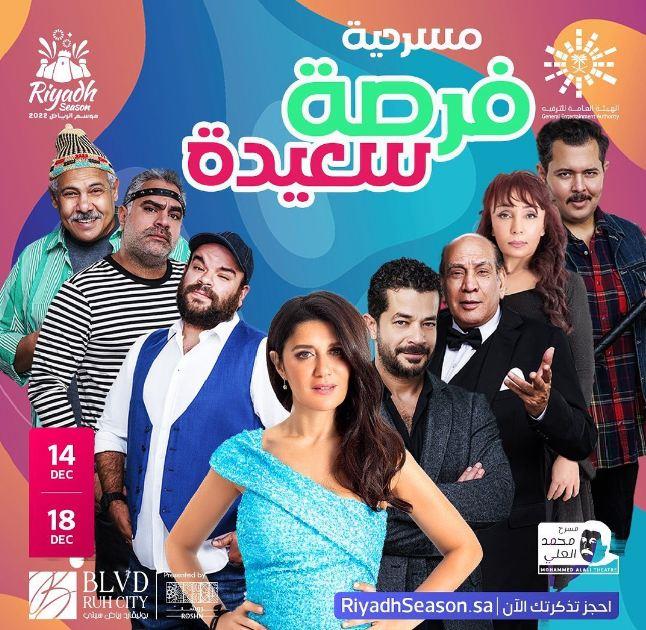 The actress had partaken in the play “Al Abanda” and in the “Abyad wa Iswid” (Black and White) trivia show.

She had also co-starred in the TV series “Wajh Al Qammar” (The Face of the Moon) alongside legendary actors Faten Hamama, Gamil Rateb, and Ahmed Ramzy.