Elissa to Perform in Saudi Arabia on Jan. 20

The evening will also witness a performance by Syrian singer Nassif Zeytoun.

The concerts are held as a part of the Riyadh season. 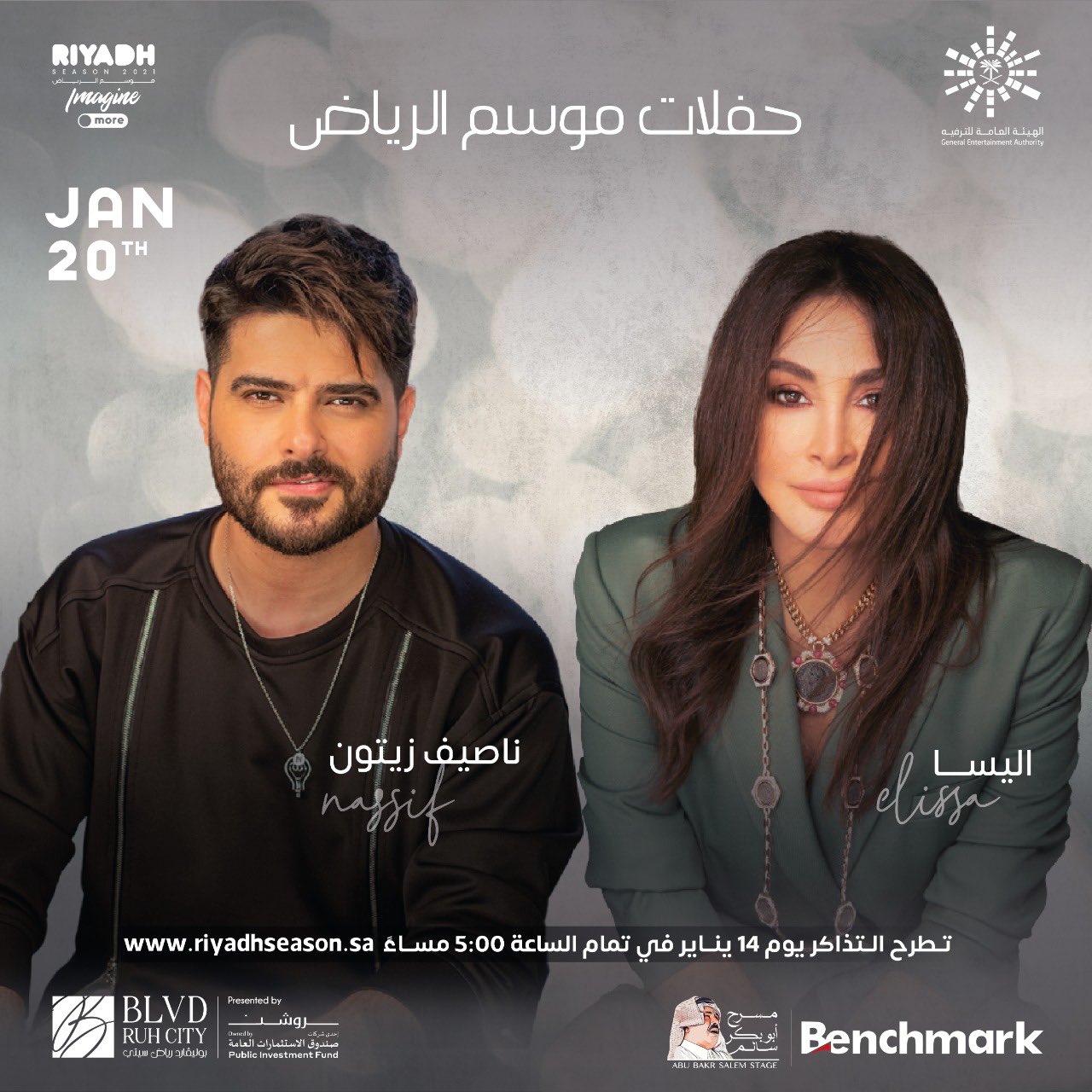