American actor Channing Tatum will produce and star in an upcoming live-action movie adaptation of his first picture book, “The One and Only Sparkella” for MGM.

Tatum’s book, illustrated by Kim Barnes, was published by Feiwel & Friends in May 2021 and had topped the #1 New York Times bestseller.

It centers on a father who teaches his daughter, Ella, her importance after she felt like an outsider at school.

Tatum is slated to release a second children’s book, “The One and Only Sparkella Makes a Plan“, on May 31st, with a third on the way.

The “Lost City” actor will play Sparkella‘s father figure, but there is no word on who will play Ella.

Pamela Ribon is writing the screenplay for the adaptation, which does not yet have a director. 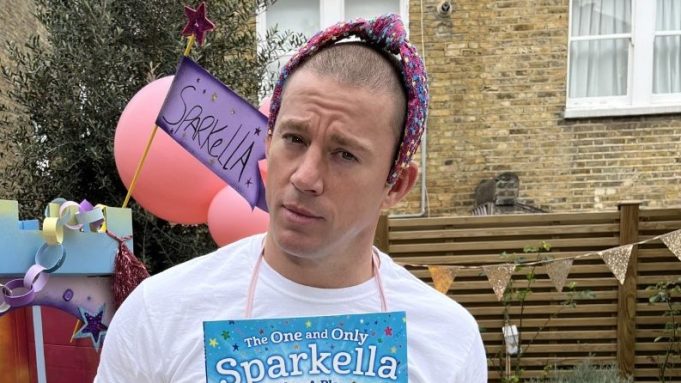 Moreover, Tatum will produce under his Free Association production company, which has a first-look deal with MGM.

Tatum recently made his feature directorial debut alongside Reid Carolin in the MGM movie “Dog”, in which he also starred.

He will next be seen in Zoë Kravitz’s feature directorial debut “Pussy Island” and the third and final Magic Mike movie, “Magic Mike’s Last Dance”.

Tags: Channing TatumThe One and Only Sparkella

Hundreds Injured, 4 Killed in Colombia due to Collapse of Bullfighting Amphitheater

Ex-FIFA Boss Blatter: Infantino Is Trying to Tear Me Down

Russia Says Ukraine Will Never Join EU in Near Future

Russian Federation Council Speaker Valentina Matvienko said on Sunday that Ukraine will not be able to become a member of...

Russia Says Ukraine Will Never Join EU in Near Future

Russian Federation Council Speaker Valentina Matvienko said on Sunday that Ukraine will not be able to become a member of...