Cairokee to Perform Live on Oct.22 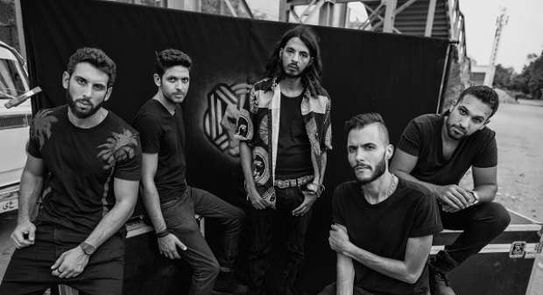 Cairokee was founded in 2003 but rose to fame with its revolutionary music after the 2011 Revolution due to its politically inspired lyrics and protest songs released following the revolution.

They were friends ever since they were young during their school days and Hashem was already a drummer back then.

In 2003, Eid and Hawary had already started an English band initially called, “Black Star” and started playing cover for English songs along with an Egyptian song entitled “Ghariba” that was highly admired by their audiences.

The band’s song “Ya El Midan”, featuring prominent Egyptian singer Aida el Ayoubi, who had previously retired in the 1990s, ranked number one on Facebook worldwide for downloads and number eight on YouTube with over half a million views on the video channel in just two days after its debut release.

Cairokee was mainly influenced by “The Beatles” and “Pink Floyd”.

An engineering vessel that was 160 nautical miles southwest of Hong Kong broke into two pieces this morning, leaving dozens...

An engineering vessel that was 160 nautical miles southwest of Hong Kong broke into two pieces this morning, leaving dozens...