The chairman of Museums Sector Mr. Mo’men Othman inspected today the latest preparations of the International Cairo Airport Museum before its opening.

Othman expressed that all artifacts were placed at the main exhibit hall of the museum according to the display scenario.

Moreover, the ongoing work at the museum includes putting the defining stickers beside each exhibit and putting the final touches related to the light system.

Othman asserted that this museum will be an important addition to the International Cairo Airport. It can attract many passengers, especially those who come to transit from Cairo.

Opened in 2016, the museum was developed and extended due to its cultural and touristic importance. In addition, the number of displayed artifacts was increased to 70 exhibits instead of 36.

The museum will display various artifacts that dated back to different periods such as the Greek and Roman, and Ancient Egyptian.

The most important exhibits at the museum are a Bronze Isis with a crown statue. The crown depicted Hathor horns and the sun.

Furthermore, the museum will display two mummies. One of them was decorated with a golden mask and colored inscriptions. Also, the displayed collection was thoroughly selected to reflect the persity of Egyptian history and cultures. 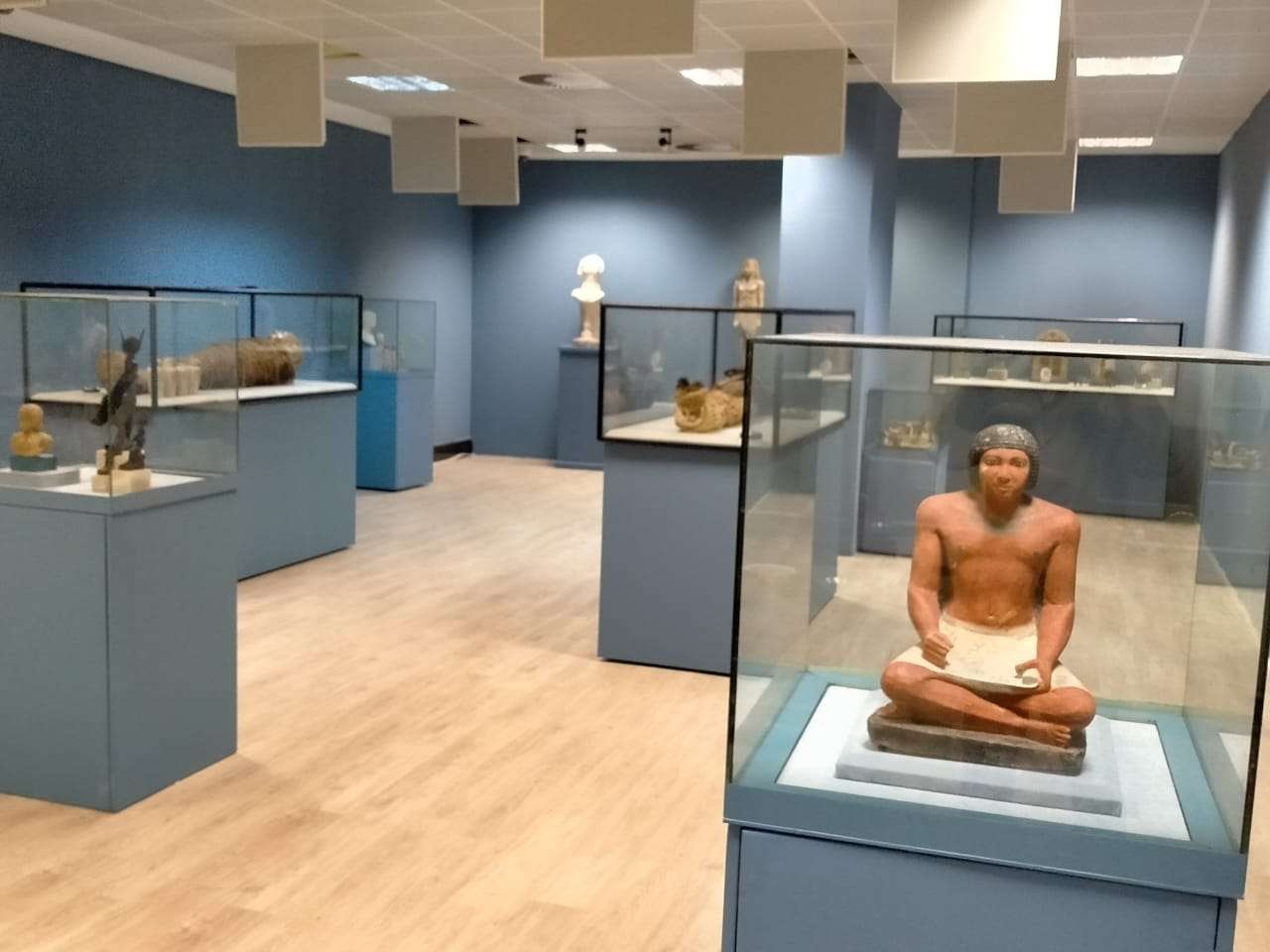