South Korean K-pop group BTS announced Monday on Twitter that they will take a break for the first time since 2019.

“BTS is planning to take a second official extended period of rest since their first in 2019 after they complete their official scheduled events of BTS Permission To Dance On Stage- LA and the 2021 Jingle Ball Tour,” their management company, Big Hit Music, wrote in a statement.

The company noted that the band stayed active in order to engage with fans in 2020 and 2021 amidst the coronavirus situation and achieved dazzling results to cement themselves as top global artists.

The Big Hit Music also revealed that the band’s members, which consists of Jin, Suga, J-Hope, RM, Jimin, V, and Jungkook, will spend the holiday season with their families for the first time since their debut in 2013.

“This period of rest will provide the members of BTS who have tirelessly committed themselves to their activities, a chance to get re-inspired and recharge with creative energy, ” the company added.

“We kindly ask once again that you show consideration for their need to enjoy ordinary and free, everyday lives while solely concentrating on themselves, albeit for a short while, during their period of rest.” The Big Hit Music stated.

The company noted that the band will still be focusing during the break on the release of a new album that will mark the beginning of a new chapter as well as will prepare for a concert in March to connect and communicate with the fans in-person in Seoul.

“We would like to extend our deepest gratitude to all the fans who continue to cheer for BTS. They will return as their best, healthiest selves after recharging so they can return all the love from the fans,” Big Hit Music concluded. 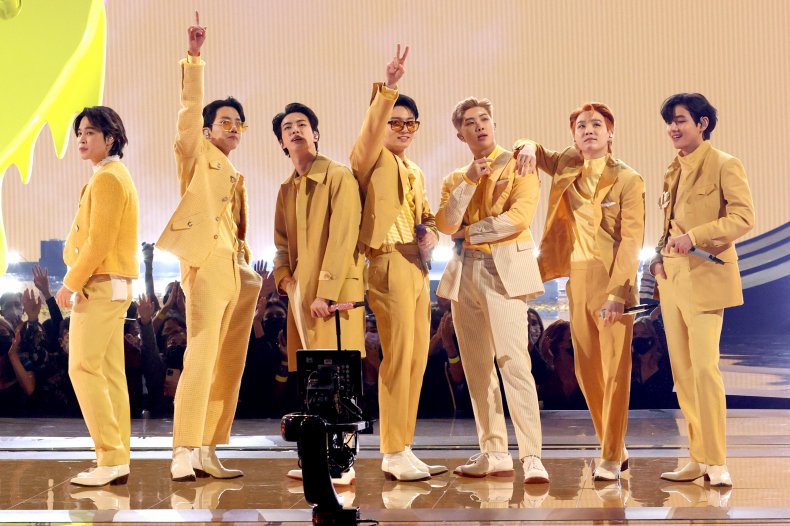 The announcement comes just a couple of weeks after the band took home Artist of the Year, Favorite Pop Duo/Group, and Favorite Pop Song at the American Music Awards. They have also been nominated for a 2022 Grammy Award: Best Pop Duo/Group Performance for their hit song “Butter.”

The band members have each launched individual Instagram accounts just hours from the announcement. Each of the verified accounts attracted more than 4 million followers within hours, with V picking up the most by 11 a.m. ET at 4.5 million.

Late Friday, a number of soldiers took over Burkina Faso's national TV, and declared a military coup in the country,...

Late Friday, a number of soldiers took over Burkina Faso's national TV, and declared a military coup in the country,...