Amazon's "Lord of the Rings" Series Gets New Teaser

Amazon Studios released a new teaser for the highly-anticipated originals TV series, "Lord of the Rings" has been released.

The series features Morfydd Clark as a much younger version of Galadriel, who was played by Cate Blanchett in Peter Jackson’s movies of JRR Tolkien’s novels.

Viewers were also introduced to a first look at the various realms of Middle Earth that will feature in the series including the Dwarven realm Khazad-dûm and the Elven realms of Lindon and Eregion.

In the trailer, Galadriel warns Elrond, played by Robert Aramayo – best known as playing a young Eddard Stark in Game of Thrones –that: “The enemy is still out there, the question now is where.”

Clark rose to fame in 2019 in the horror drama "Saint Maud", which earned her a nomination for best actress at the British Independent Film Awards and the Bafta rising star award.

She also starred in "The Falling", "Pride and Prejudice", "Zombies", and "The Personal History of David Copperfield".

The series is set in Middle-earth’s Second Age and will take place thousands of years before the events of J. R. R. Tolkien’s “The Hobbit” and “The Lord of the Rings” books and will follow new and old characters, as they confront the long-feared re-emergence of evil to Middle-earth.

It is considered the most expensive show of all time, with the first season costing an estimated $465 million.

The first installment of the series was filmed in New Zealand and it was announced in August 2021 that production would move to the UK for the second season. The series is produced by Amazon Studios in cooperation with the Tolkien Estate and Trust, HarperCollins, and New Line Cinema, a pision of Warner Bros. Entertainment.

J.D. Payne and Patrick McKay will serve as executive producers and showrunners of the series. 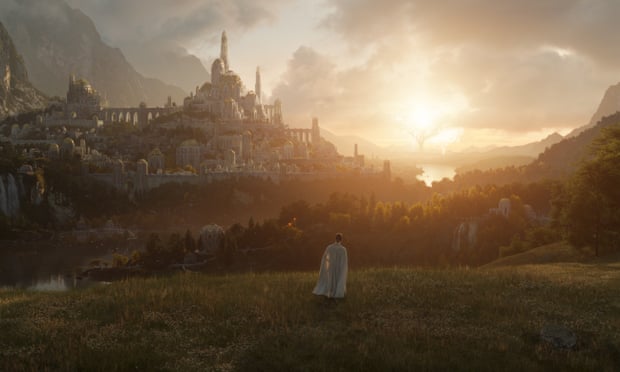 In November 2017, it was reported that a “Lord of the Rings” series was in the works at Amazon, with the streamer announcing a multi-season production commitment shortly afterward.

The series is directed by JA Bayona, Charlotte Brändström, and Wayne Che Yip, who is also a co-executive producer.

“The Lord of the Rings: The Rings of Power” is set to premiere on Amazon Prime Video on September 2, with new episodes available weekly.