Top 10 fastest cars in the world 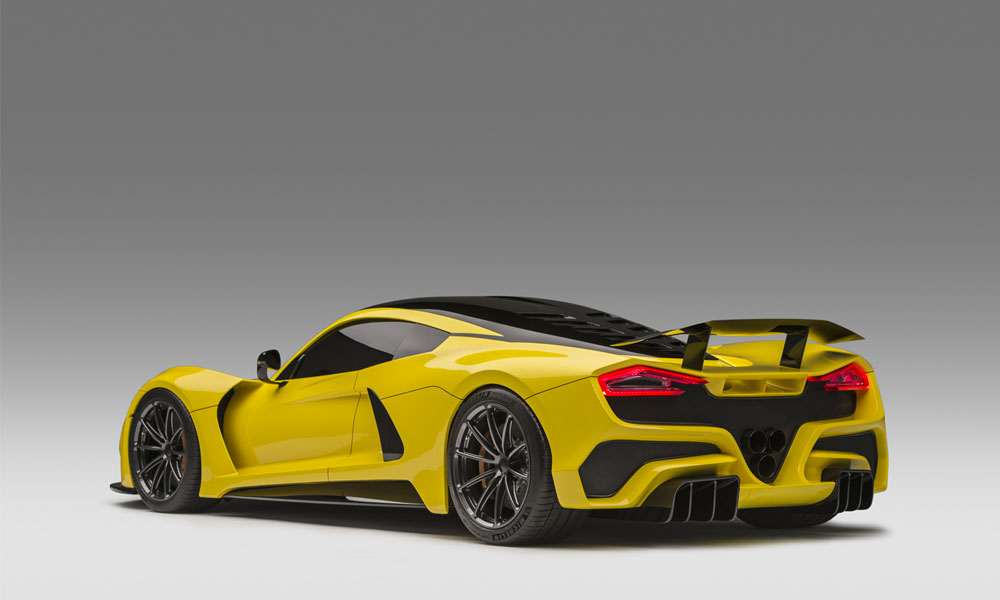 Boasting a claimed top speed of 301 mph, the Venom F5 smashes the previous top speed figure by more than a school zone speed limit. To do so, Hennessey started with an all-new, 2,950-pound carbon fiber chassis (the Venom GT is based on the Lotus Exige), and bolted a 1,600-hp, 7,4-liter, twin-turbo V8 to it. The results are absolutely astonishing, as the car can reportedly go from 0 to 249 to 0 mph in less than 30 seconds total. Hennessey has yet to confirm its top speed with the Guinness Book of World Records, so the Koenigsegg Agera RS remains the official fastest car in the world … for now.

In terms of spec sheets, Hennessey’s Venom F5 is more impressive. Its claimed top speed of 301 mph obliterates everything else on this list by a significant margin, but Hennessey hasn’t verified its numbers with the Guinness Book of World Records. Koenigsegg has, so even though it gets the silver medal here, in the real world, the Agera RS is the true speed king. 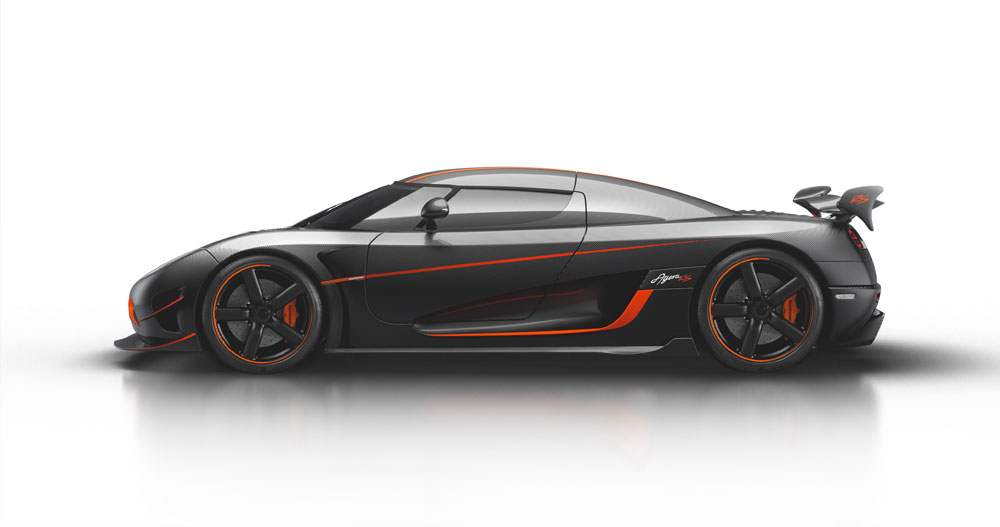 To set the official record, Koenigsegg asked the Nevada Department of Transportation to close an 11-mile stretch of Route 160 between Las Vegas and Pahrump. On public roads, the 1,160-hp Swedish supercar hit 284.55 mph during its first run and 271.19 mph during the second, which averages out to 277.9 mph.

Hennessey recorded a 270.4-mph run at the Kennedy Space Center in 2014, but only in one direction. To be considered legitimate, record attempts usually require a run in each direction, and an average is taken to account for wind conditions. There’s also some debate about whether the Hennessey Venom qualifies as a production car due to its hand-built nature. Hennessey’s monster wasn’t recognized as the world’s fastest car by the Guinness Book of World Records. 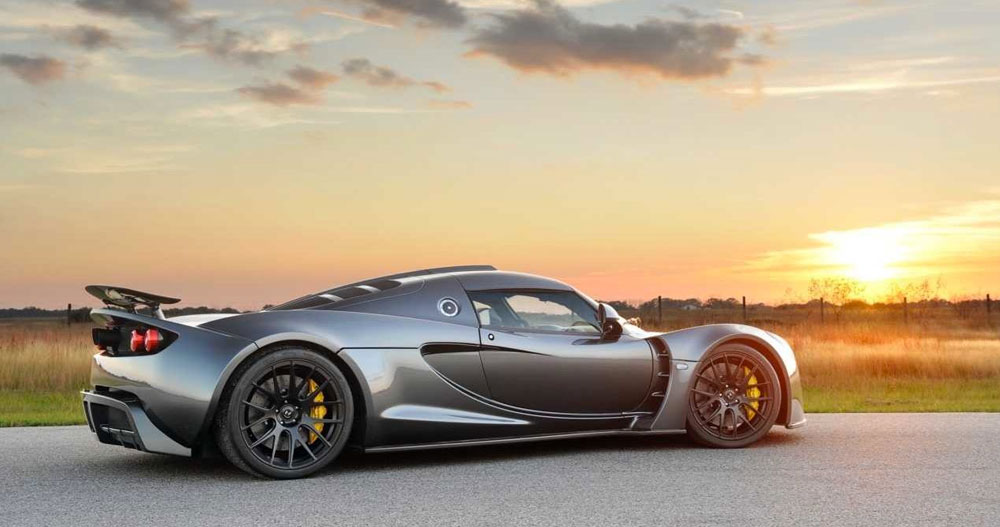 No list is complete without a supercar from the legendary Bugatti. The Veyron was a monumental feat of engineering, a supercar whose performance was so marvelous, Top Gear presenter James May compared it to the automobile equivalent of the Concorde. After 10 years of production, the Volkswagen Group has unveiled the Veyron’s successor, the Bugatti Chiron. The Chiron is a king among supercars, which is fitting, as kings will be among the few to obtain one — only 500 were released for the first generation, and they cost a staggering $2.6 million each. 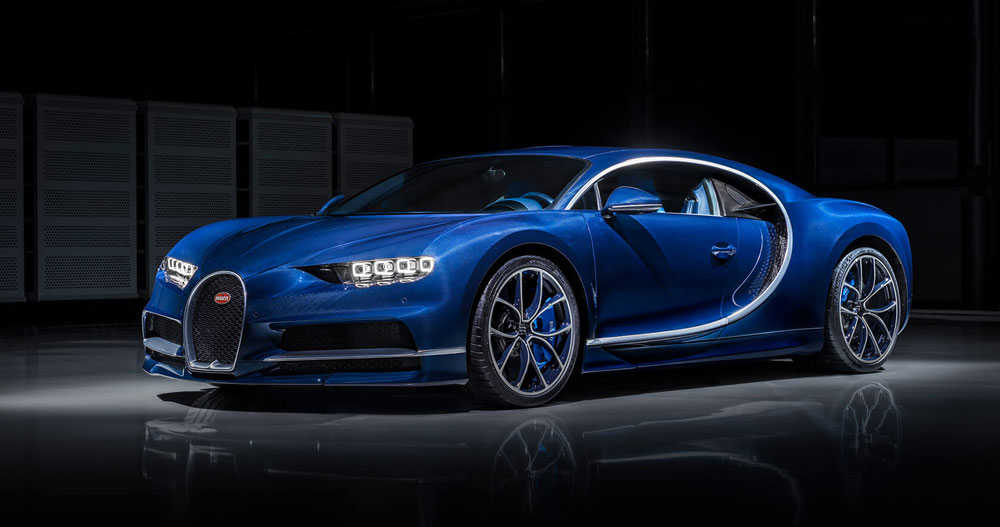 When Volkswagen purchased the Bugatti brand, it had one goal: build the fastest production car in the world. The original Veyron achieved that goal, and with a price tag of $1.7 million and a quad-turbocharged W16 engine producing 1,000 hp. The Veyron was soon dethroned by the SSC Ultimate Aero, so Bugatti came back with the Veyron Super Sport. This beat pumps out an astonishing 1200 HP, and numerous aerodynamic changes meant to help gain a few extra miles per hour.

With a top speed of 268 mph recorded at Volkswagen’s test track, the Veyron Super Sport was once recognized as the world’s second fastest production car by the Guinness Book of World Records. 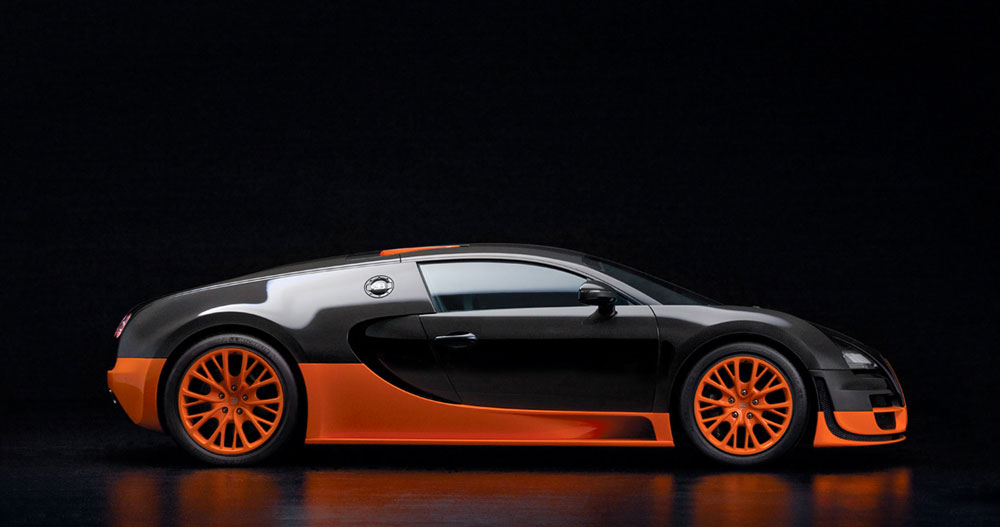 Shelby SuperCars (SSC) has nothing to do with Carroll Shelby of Cobra fame, but for a moment its Ultimate Aero was the fastest production car in the world. It reached a top speed of 256 mph back in 2007, beating the non-Super Sport version of the Veyron.

Helping it achieve that warm speed was a 6.3-liter twin-turbocharged V8 with 1,287 hp. There are no electronic driver aids to help control that power either, creating a purer driving experience for those with talent. 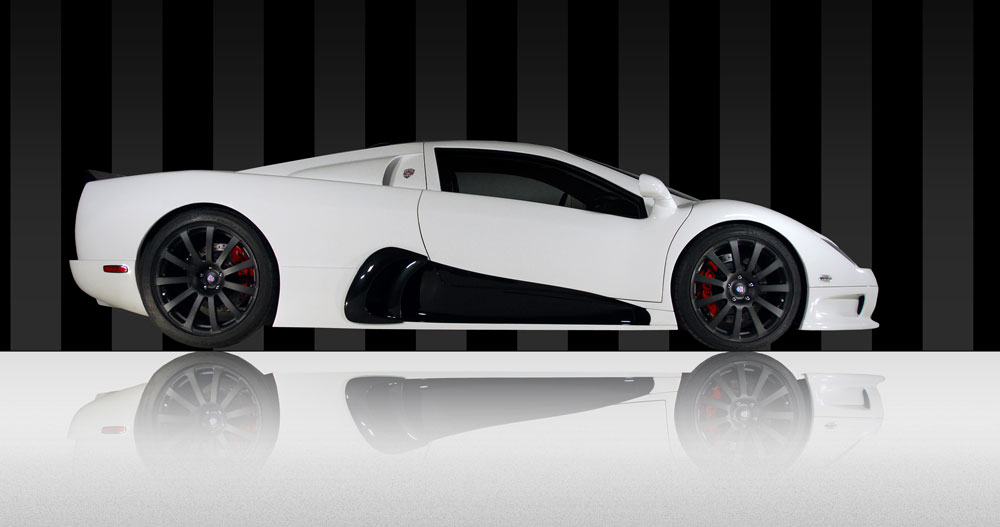 The original Tesla Roadster was a sports car based on the Lotus Elise, and although its performance was certainly impressive, it’s more known for establishing Tesla as a legitimate player in the automotive world. The new Roadster is another thing altogether. This second-generation Roadster features the most impressive spec sheet of any EV before it — 0 to 60 mph in 1.9 seconds, 0 to 100 mph in 4.2 seconds, and a claimed top speed of 250 mph. In addition to the ridiculous acceleration and speed, Musk claims the Roadster will boast a range of 620 miles. 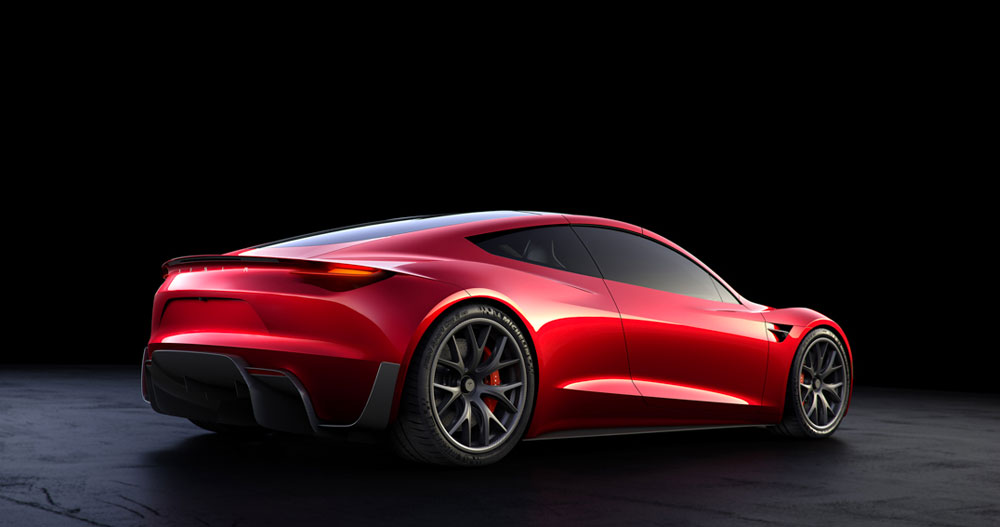 Among performance addicts, the Saleen S7 is legend: exotic styling, insane performance, and tuning potential to name a few. But much of the vehicle’s appeal is actually historical. Produced from 2000 to 2009, the S7 was America’s first mid-engined supercar. Producing 750 hp, the vehicle could hit 60 mph in just 2.8 seconds before smashing the quarter-mile in 10.5 seconds. Its most stunning statistic is its top speed of 248 mph, making it one of the fastest cars ever put to pavement. 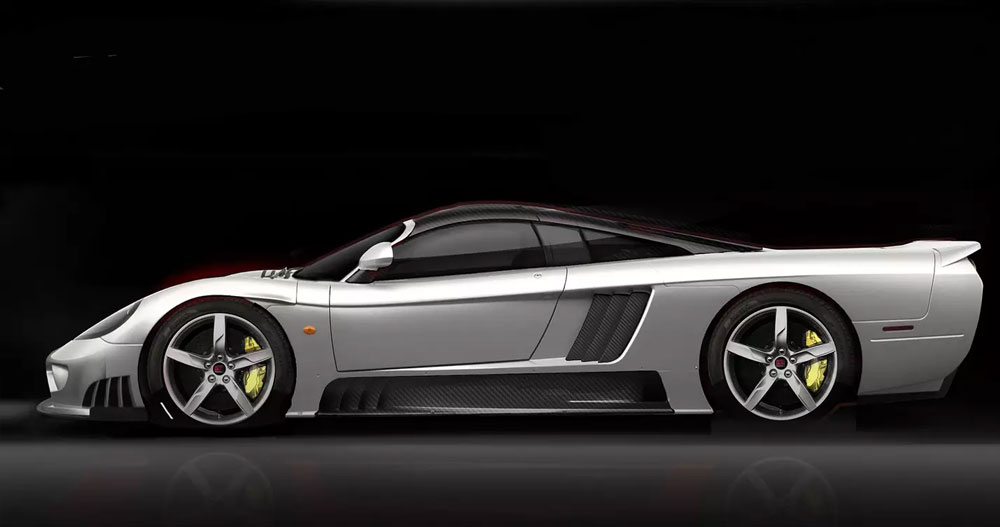 Swedish supercar builder Koenigsegg briefly held the “world’s fastest” title. Its CCR reached 242 mph at Italy’s Nardo Ring in 2005. Despite its impressive stats, the CCR’s moment in the spotlight was as brief as its claim on the world. It was soon supplanted by the CCX, and then by the current Agera. Koenigsegg says the Agera-based One:1 will top out at over 270 mph, but no one has tried it yet. 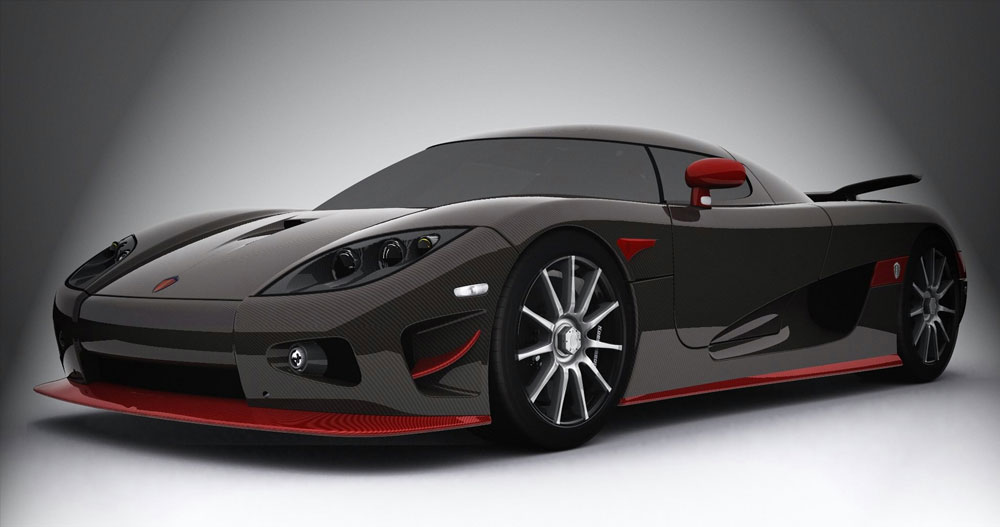 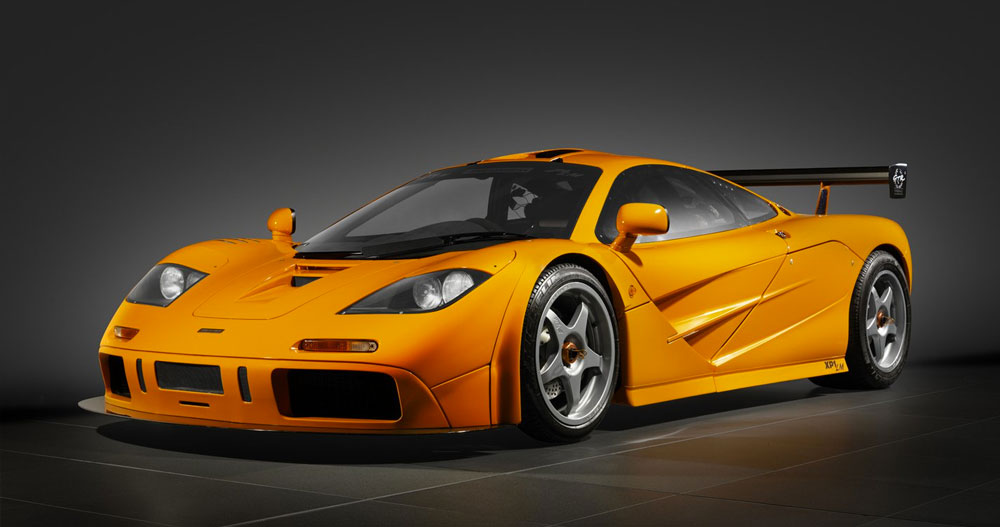 The Mclaren F1 is more than just a former world’s-fastest car. With its carbon-fiber body, gold-lined engine bay, 6.1-liter BMW M V12, and center driver’s seat, it just might be the coolest car ever made.

Years before it attempted to take on Ferrari and Porsche with the MP4-12C, McLaren was known only as a successful race team in Formula 1 and the defunct Can-Am series. Yet its first road car wasn’t exactly an amateur effort. The F1 went on to a fairly successful racing career in its own right, winning the 24 Hours of Le Mans in 1995.