“Only Murders in the Building” Renewed for Season 3

A scene from "Only Murders in the Building" Season 2

Hulu original mystery-comedy series “Only Murders in the Building” has been renewed for Season 3.

The series follows three strangers Charles, Oliver, and Mabel obsessed with true crime (portrayed by Steve Martin, Martin Short, and Selena Gomez), who suddenly find themselves involved in a murder case when a grisly death occurs inside their exclusive Upper West Side apartment building.

Season 2 picks up the aftermath of the shocking death of Arconia Board President Bunny Folger in the Season 1 finale.

Charles, Oliver, and Mabel race to find her killer, however, three complications ensue — the trio is publicly implicated in Bunny’s homicide, becomes the subjects of a competing podcast, and has to deal with a bunch of New York neighbors who all think they committed murder.

“Only Murders in the Building” arrives from co-creators and writers Martin and John Hoffman.

In September 2021, the series was renewed for a second season; which premiered in August 2021.

“Only Murders in the Building” has emerged as one of Hulu’s biggest hits, with the streamer saying the first season debuted as the most-watched comedy series in Hulu Originals’ history.

Both seasons are 100% certified Fresh on Rotten Tomatoes. 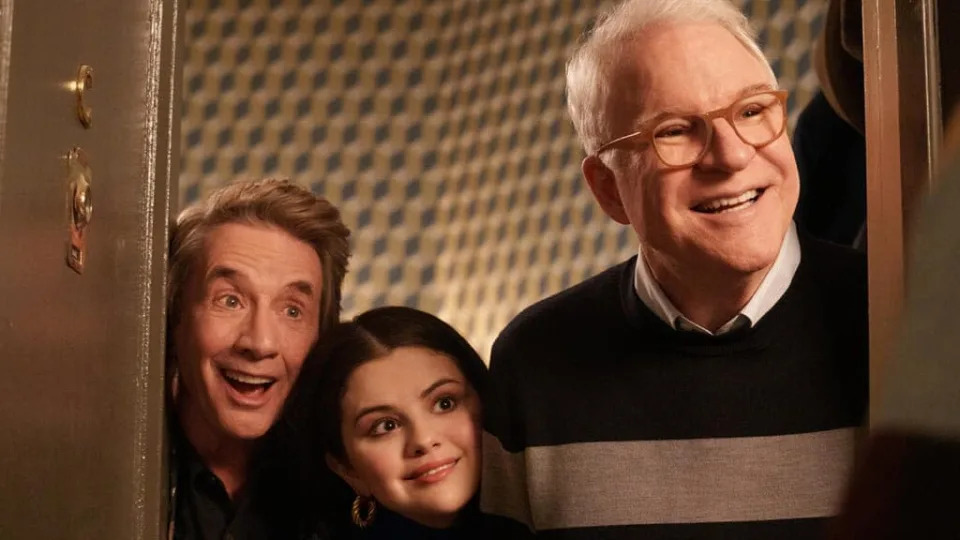 “‘Only Murders in the Building’ is the true crown jewel of our slate. Its appeal across generations, the intersection of humor and heart, and its truly original approach are a hallmark of and testament to Dan, John, Steve, Marty, and Selena’s work,” Craig Erwich, president of Hulu Originals and ABC Entertainment, said.

“We are grateful to be able to continue telling the stories of Charles, Oliver, and Mabel to viewers that have consistently shown us they crave more of this story,” he added.

New “Planet Of The Apes” Movie in Works

New “Planet Of The Apes” Movie in Works