Mohamed Ramadan to Participate in Ramadan 2023 with “El Omda”

Egyptian actor Mohamed Ramadan is collaborating with director Mohamed Sami in the TV series “El Omda”, which is set to screen in Ramadan 2023 drama marathon.

The series is scripted and directed by Sami. 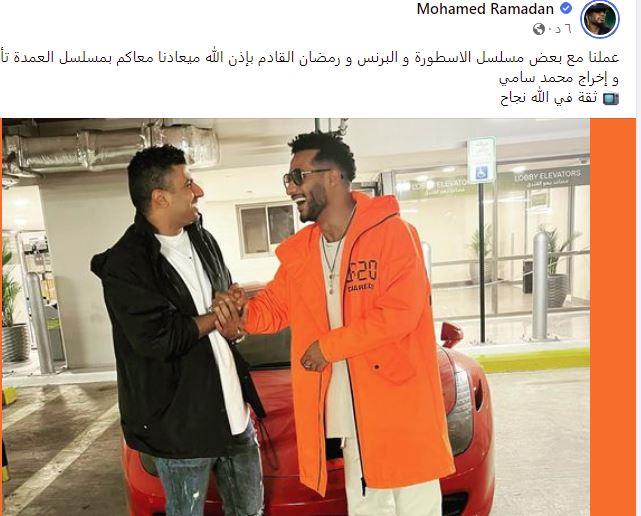 It was penned by Mohamad Farid and directed by Mohamed Yassin.

Ramadan, born on May 23, 1988, began acting while at school. He received the award for greatest nationwide talent three times consecutively – an unprecedented achievement.

He started his career with small roles in TV series like “The Cindrella” until he had his big break in Yousry Nasrallah’s “Ehky Ya Sharazad” (Tell me, Shahrazad).

The actor then went on to star in blockbusters produced by the famous Egyptian producers Mohamed and Ahmed El Sobky, which made him one of the most valuable actors in the middle east.

Ramadan began exploring rap in the past years and releasing music videos for his singles. He recently released another collaboration titled “Every Day“, featuring Dammy Krane.

US Announces $150 Mln in Aid to Afghanistan

Taiwan Expresses Gratitude to US for Maintaining Peace in Region

Indian Ambassador: Egypt One of India’s Most Important Trading Partners in Africa

Indian Ambassador: Egypt One of India’s Most Important Trading Partners in Africa