Mohamed Henedy’s Play “Salam Merabaa” to Be Staged in KSA on Oct. 26

Egyptian renowned actor, Mohamed Henedy’s new play “Salam Merabaa” is scheduled to make its debut this October, within the activities of Riyadh season, in Saudi Arabia.

The play will be hosted starting October 26 at the Bakr Al Sheddi Theater on the Boulevard, the main venue for the Riyadh Season. 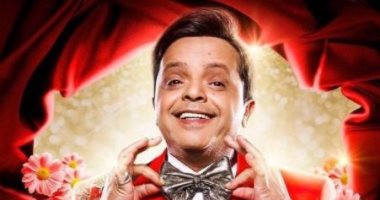 Henedy announced Monday the news on social media along with the photos of the play’s posters.

The film reunites the stars after 23 years from the 1998 film “Saidi at the American University”.

Islam Khairi directed the film from a script by Omar Taher.

“Al Ens w el Nems” will also feature many guest appearances including Chico. It is written by Kareem Hassan Beshir and directed by Sherif Arafa.

The plot revolves around a poor government employee (Henedy) who suffers many misfortunes due to the profession of his father (Desouky), which is revealed during the first scenes of the film.

Ministry of Tourism and Antiquities, represented in the Egyptian General Authority for Tourism Activation, organized a tourism program for the...

Ministry of Tourism and Antiquities, represented in the Egyptian General Authority for Tourism Activation, organized a tourism program for the...