The French actor Gaspard Ulliel has passed away at the age of 37 after a skiing accident.

The later actor, known for his roles in A Very Long Engagement and Hannibal Rising, was hospitalized after an accident in the Alps.

Ulliel was transported via helicopter on Tuesday to Grenoble but did not survive his injuries, according to the actor’s family and agent.

Local broadcaster France Bleu reported that Ulliel collided with another skier at a crossing point and suffered head trauma. The other skier was not hospitalized. An investigation is currently underway. 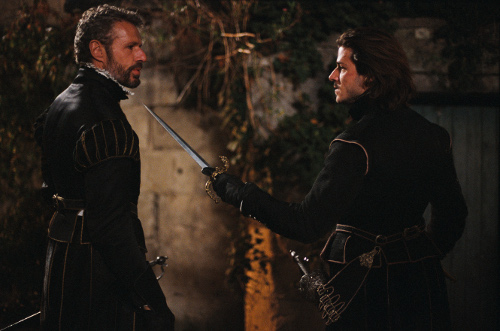 After several television roles, Ulliel had a small role in 2001’s “Brotherhood of the Wolf” alongside Vincent Cassel and Monica Bellucci.

Acclaimed work in French movies “Summer Things” and “Strayed” led him to the lead role in Jean-Pierre Jeunet’s war/romantic movie “A Very Long Engagement”, opposite Audrey Tautou. The performance earned him a Cesar for the most promising actor.

Ulliel was then cast as young Hannibal Lecter in the prequel “Hannibal Rising” and as Yves Saint Laurent in the biopic Laurent which scored him a Cesar nomination for best actor.

He later won the award for Xavier Dolan’s “It’s Only the End of the World”, which premiered at the Cannes film festival.

Ulliel was also known for being the face of the fragrance Bleu de Chanel.

He will next be seen as Midnight Man in the Marvel series “Moon Knight” with Oscar Isaac and Ethan Hawke, the trailer for which was released this week.

Jean Castex, the French prime minister, paid tribute on Twitter, writing that Ulliel “grew up with cinema and cinema grew with him”.

The French culture minister Roselyne Bachelot has also spoken on television, saying: “Such a brilliant actor who was reaped by the sickle of death at the peak of his career.  For almost 20 years, he was present in our lives with magnificent performances.”

He is survived by model-singer girlfriend Gaëlle Piétri and a son.

Whether you are walking along the ancient city walls of EL-Moez Street, haggling in historic bazaars in Khan Khalily, visiting...

Government Prepares to Launch Initiative to Localize Industries  in Egypt

Whether you are walking along the ancient city walls of EL-Moez Street, haggling in historic bazaars in Khan Khalily, visiting...

Government Prepares to Launch Initiative to Localize Industries  in Egypt