Legendary Entertainment’s “Dune: Part Two” is pre-shooting in Altivole, Italy in the Veneto region on Monday.

The shooting will continue for two days. Full-on production with a bulk of the cast returning is slated for July 21 in Budapest, Hungary, which is where the 2021 title was also filmed.

The new date has been a traditional launch pad for the studio having opened several “Harry Potter and Fantastic Beasts” movies in that pre-Thanksgiving space as well as” Justice League”.

However, Warner Bros. is planning to compete with Lionsgate on the pre-holiday date as the former has their prequel “The Hunger Games: The Ballad of Songbirds and Snakes” on that same exact date. 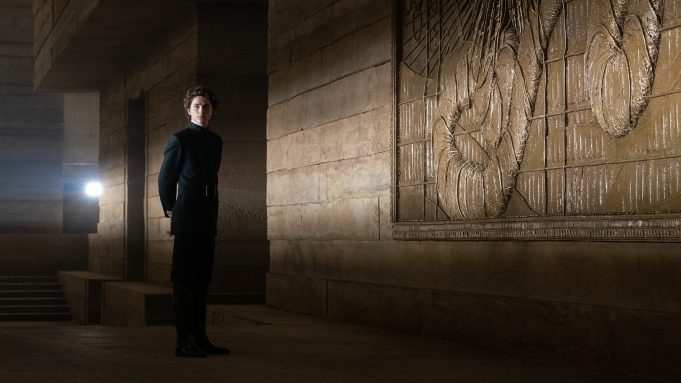 The first part of the sci-fi epic opened in October 2021 in the U.S., earning $41 million in ticket sales on its first weekend.

Pugh portrays Princess Irulan, the daughter of the emperor, while Butler stars as Feyd-Rautha, the cunning nephew of the baron who heads House Harkonnen and who is being groomed to rule Arrakis.

Walken will play Emperor Shaddam IV, the ruler of the known universe who initially sends the Atreides family to Arrakis in order to cause their downfall.

Jon Spaihts co-wrote the script alongside Denis Villeneuve, the latter is also helming the project.

The project is being produced by Mary Parent, Villeneuve, Cale Boyter, and Tanya Lapointe. Kevin J. Anderson, the author who co-wrote many Dune books with Brian Herbert after Frank Herbert’s death, is serving as a creative consultant.

“Dune” is adapted from Frank Herbert’s seminal science fiction bestseller of the same name. It is centered around Paul Atreides (Chalamet), a scion of the noble House of Atreides that is tasked with overseeing the barren desert planet Arrakis, known as Dune.

The sequel resumes where “Part One” left off, with Atreides fighting alongside the Fremen to free the desert planet of Arrakis from the grips of House Harkonnen.

Warner Bros. will distribute the movie and help finance it, however, Legendary Entertainment will be the primary money behind the movie and owns the movie rights to Frank Herbert’s seminal science fiction bestseller of the same name.

A sequel to Arrakis was always part of the plan. Villeneuve was adamant in interviews that his adaptation of the novel would have two parts. In fact, the movie’s opening title sequence read “Dune: Part 1”.

Chinese FM : Taiwan Isn’t Part of US, but China

Chinese FM : Taiwan Isn’t Part of US, but China