The show, imagined by Virginie Viard, took place at the Grand Palais Éphémère, in a setting designed by Xavier Veilhan.

Sébastien Tellier, author-composer and friend of the House, performed a series of new tracks specially composed for the occasion on oversized instruments, and the Cristal Baschet, a rare crystal organ from the Studio Venezia of the French Pavilion at the 57th Venice Biennale in 2017.

The show began with Chanel ambassador Charlotte Casiraghi walking the calk walk on horseback, marking the second time that Virginie Viard, who took over at Chanel three years ago, has featured a horse in one of her shows.

The collection featured tailored looks of twin sets, and black and white pieces added a shimmery touch, as well as a nod to the 1920s. 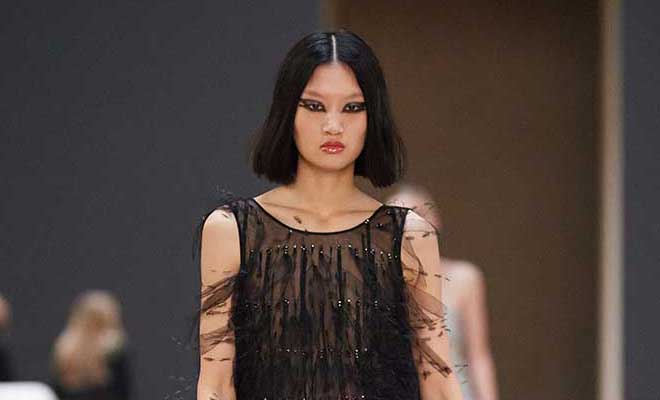 It also featured colorful spaghetti-strapped V-neck dresses with feathers, ruffles, and finely geometric embroidery, and quintessential signature House touches it makes for a glamorous collection as it references Gabrielle Chanel herself.

On Sunday, US Secretary of state Antony Blinken voiced confidence that Sweden and Finland would join NATO once they formally...

On Sunday, US Secretary of state Antony Blinken voiced confidence that Sweden and Finland would join NATO once they formally...