Carole Samaha to Perform in Lebanon on Aug. 13

She is set to present a number of her famous hits and latest songs.

The evening will also feature a performance by the Lebanese singer Marwan Khoury. 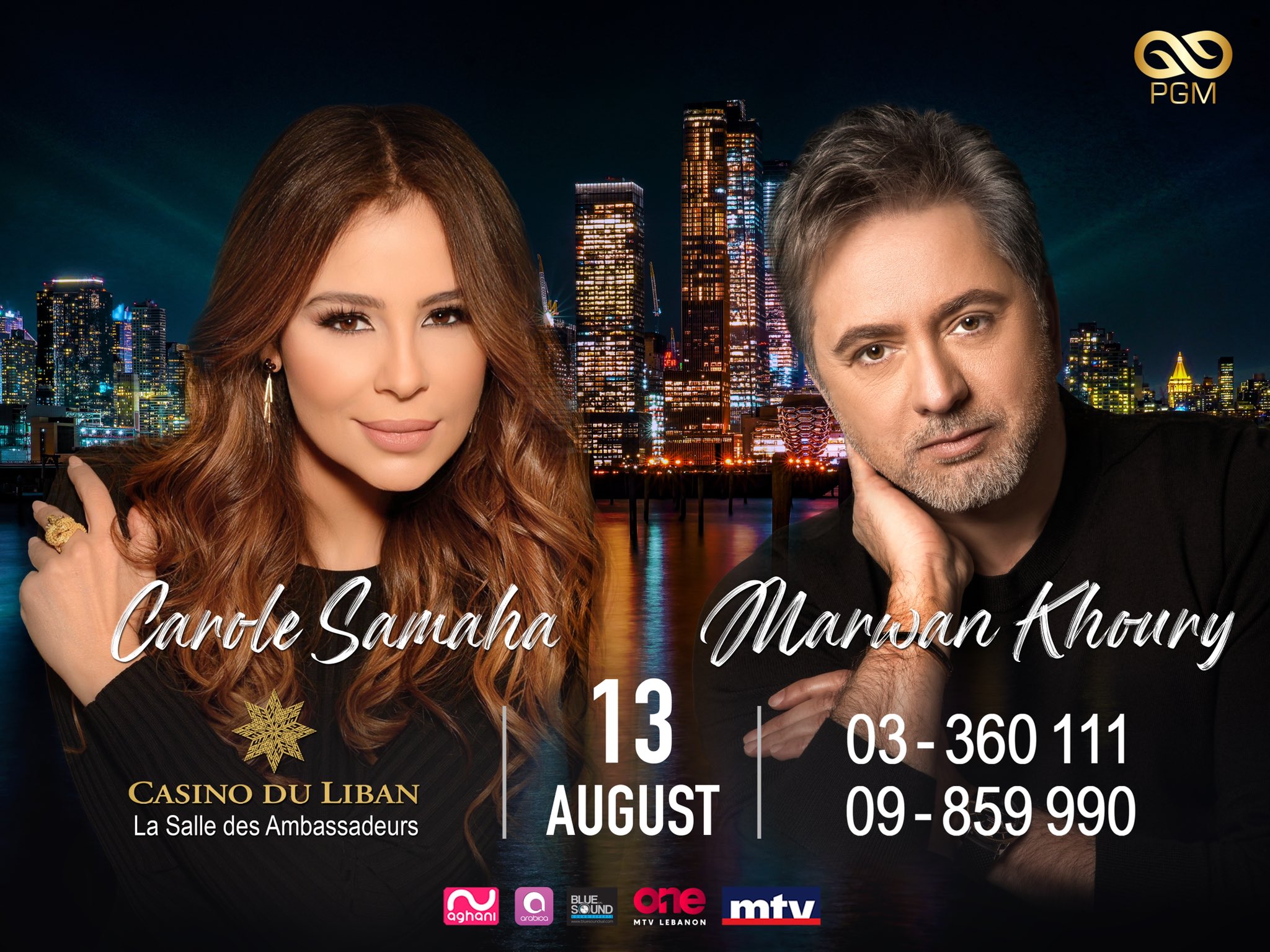 Samaha, born July 25, 1972, has a master’s degree in acting and directing, which she earned in 1999 from the Saint Joseph University of Beirut.

She was a classical actress before starting her pop music career and worked extensively with Mansour Rahbani and Marwan Rahbani.

In 2007, Samaha returned to the theater to play Zenobia in the Rahbani musical of the same name. She appeared in the 2008 film “Bahr al nojoum” alongside other Lebanese superstars.

In 2013, she served as a judge on the Arabic version of the British reality television music competition, “The X Factor”, where she served as a mentor for bands such as Young Pharoz, Maraya, and Les Bledards Ninja.

The singer married Walid Mustafa, an Egyptian divorcee with a daughter from his previous marriage.

The couple tied the knot in a civil ceremony in Limassol, Cyprus following an 18-month love story, on November 1, 2013. They welcomed their first daughter together, a baby girl, Tala, on August 31, 2015.

Egyptian reports claimed on Tuesday that Belgium and Italy have requested to clash against Egypt in a friendly match during...

Samo Zaen to Perform Live in Vienna on August 27

Egyptian reports claimed on Tuesday that Belgium and Italy have requested to clash against Egypt in a friendly match during...

Samo Zaen to Perform Live in Vienna on August 27