The Academy Awards ceremony is usually the epitome of red carpet fashion. Hollywood’s biggest night was held in person and broadcast live on ABC from the Dolby Theatre and Union Station in Los Angeles.

All nominees and guests had to have a minimum of two coronavirus PCR tests performed by the Academy’s vendor and a total of three tests in the week leading up to the telecast.

Hollywood stars attended the red carpet in an elegance, flamboyance, and an explosion of color.

Here are some of the biggest and best looks from the 93rd Oscars:

Comedian actor-director Travon Free wore a Dolce & Gabbana suit that paid a touching tribute to Black men who lost their lives at the hands of police.

The Oscar winner graced the red carpet in a deep red Christian Dior halter-neck gown. The dress featured an ombré of reds, maroon, and burgundy pleats and was finished off with a black belt with a square gold buckle.

The British singer was nominated in the best original song category for “Hear My Voice”, from “The Trial of the Chicago 7” graced the red carpet holding an anatomical red heart purse, supplied by Gucci.

Zhao, who made history on Sunday by becoming the first woman of color and the first Chinese woman to win the Oscar for best director. appeared on the Oscars red carpet make-up free, sporting two gorgeous French braids, white trainers, and a stylish beige gown. 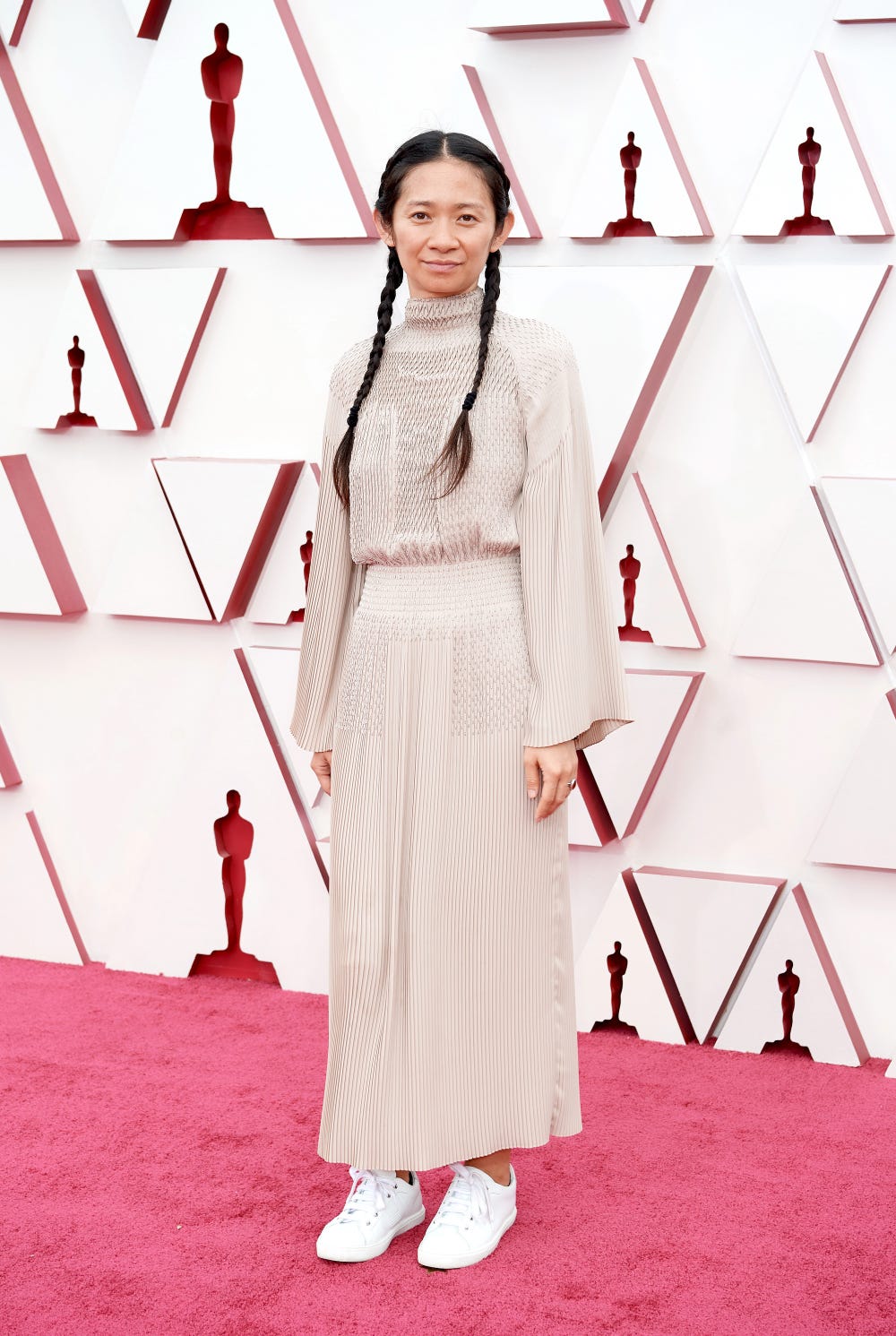 The English actress looked wonderful in a long-sleeve scarlet gown at the Academy’s UK hub at London’s BFI.

The Academy Awards ceremony is usually the epitome of red carpet fashion. Hollywood’s biggest night was held in person and...