The footage was released during its Tudum event and introduced a new location, the “Creel House”, the home of new character Victor Creel, played by horror icon Robert Englund.

Creel has been imprisoned in a psychiatric hospital since his family was violently murdered in the 1950s, which he blamed their deaths on a vengeful demon.

Season 3 featured the gang had an epic showdown against the Mind Flayer at the pristine Starcourt Mall, in July 1985. The series closed with the beloved Jim Hopper (David Harbour) seemingly dead, the Byers family leaving town, and the Russians’ facility destroyed.

The first glimpse of Season 4 was released on February 14, 2020, and teased the return of Hopper.

The new season is set to debut in 2022 and will feature the return of regulars Millie Bobby Brown, Jamie Campbell Bower, Eduardo Franco, and Joseph Quinn.

“Stranger Things” started production on Season 4 in early 2020 but suspended shooting a month later due to the escalating coronavirus pandemic. It resumed last September. 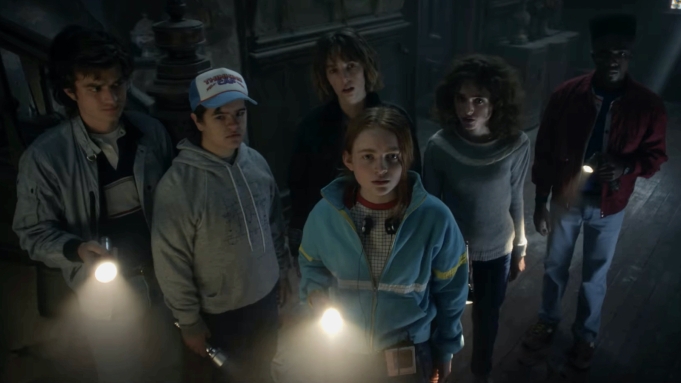 The Duffer Brothers developed the series as a mix of investigative drama alongside supernatural elements portrayed with childlike sensibilities.

They set the series in the 1980s and created an homage to the pop culture of that decade. Several themes and directorial aspects were inspired and aesthetically informed by the works of Steven Spielberg, John Carpenter, and Stephen King, among others, including several films, anime, and video games.

In Pics: Sisi Lays Wreath on Heroes’ Square in Budapest

In Pics: Sisi Lays Wreath on Heroes’ Square in Budapest