He was one of Egypt’s and the Arab world’s most prominent singers of all time. Halim is considered to be one of the Great Five of Egyptian and Arabic music along with Umm Kulthum, Mohammed Abdel Wahab, Shadia, and Farid al-Atrash.

In addition to his singing career, Hafez was also an actor, conductor, business man, music teacher, and movie producer.

Hafez was born on June 21, 1929, in El-Halawat, in El Sharqia governorate, 80 kilometers (50 miles) north of Cairo, He was raised by his uncle and aunt after he became an orphan at a young age.

He joined the Higher Theatrical Music Institute at the age of 14 and graduated as an oboe player in 1948.

He was discovered by Wahab in 1953. He became known for his deep passion while preforming and for his highly unique and rare voice.

Hafez performed in almost every country in the Arab World as well as outside the Arab World, including several concerts in Europe.

Moreover, he sang uplifting patriotic songs for not only Egypt, but for other Arab World countries as well, including Lebanon, Syria, Tunisia, and Morocco.

He has sold over 80 million records to date, to this day, his music and films are still enjoyed throughout the Arab world.

The icon was very popular during his career and always performed in sold-out venues.

He introduced many new instruments to the Arab World and played different instruments fluently, including the oboe, drums, piano, oud, clarinet, and the guitar, and rarely released a studio album since he worked purely as a live singer.

Hafez never married in his life, however, it was rumored that he was secretly married to actress Soad Hosny for six years, but this has never been proven to date. People who were close to the pair denied this rumor.

In 2019, late prominent actress Nadia Lutfi addressed the rumor in an interview for the first time.

Nadia refused to reveal the truth about their marriage, however, she did reveal that there was indeed a love story between the pair.

“They were not married when they’ve fallen in love”. 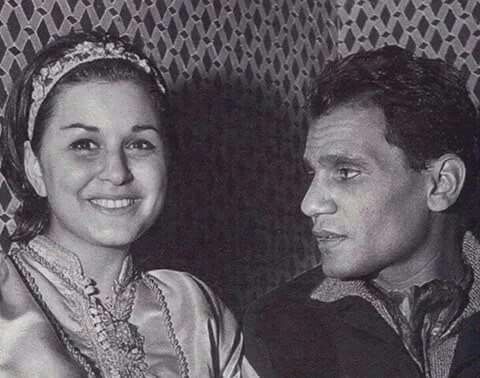 The icon often gave money and food to charities directly to the poor as well as had frequently volunteered at orphanages and hospitals all over the Middle East and donated money, teach music, and help to those in need.

In 1969, Hafez built a hospital in Egypt for the treatment of the poor, the rich, presidential equally in the Arab World.

Hafez established strong friendships with many presidents and kings, such as Egyptian president Gamal Abdel Nasser, and King Hassan II of Morocco.

He was in close relation with the Nasser regime and performed on several occasions that was attended by the Egyptian president.

He also had very close friendships with most Egyptian poets.

Hafez suffered from bilharzia —a rare parasitic water-borne disease — for most of his life.

He died of liver failure, a few months before his 48th birthday,  on March 30, 1977, while undergoing treatment for Bilharzia in King’s College Hospital, London. He was 47 years old.

The icon’s death brought a wave of shock and sadness throughout the entire Arab world. Hafez’s funeral was held in Cairo and was attended by millions of people.

Over 300 of his songs were recorded and he starred in sixteen classic and successful films, including “Dalilah”, which was the Middle East’s first color motion picture.

He established his own recording company in 1961 called “Soutelphan” or “Sawt el Fan”, which still operates as a subsidiary of EMI Arabia.

In 2006, a biofilm was released called “Haleem”, starring icon actor Ahmad Zaki in the title role, also, a soap opera called “Al-andaleeb hikayt shaab” was produced in the same year.

The icon’s death anniversary will pass differently this year because his family decided for the first time since his death not to open his house in Zamalek to his fans to stem the spread of the coronavirus, however, Hafez is still remembered in the hearts of many people, even years after his death.

The International Civil Aviation Organization (ICAO) has issued a brief report on its accredited international program TRAINAIR PLUS, shedding light...

The International Civil Aviation Organization (ICAO) has issued a brief report on its accredited international program TRAINAIR PLUS, shedding light...