The Egyptian-Japanese archaeological mission headed by Dr. Sakuji Yoshimura, President of Japan's Higashi Nippon International University and Honorary Professor at Waseda University, has completed the excavation of all the artifacts of the second Khufu boat from the pit discovered next to the Great Pyramid of Khufu in the Giza.

Thus the largest operation to discover and extract the second Khufu boat ended.

Dr. Issa Zeidan, Director- General of Executive Affairs for Restoration at the Grand Egyptian Museum (GEM) and supervisor of the restoration of the second Khufu boat, explained that approximately 1,700 wooden pieces were extracted from 13 layers inside the hole; the registration and documentation work of all pieces and the initial restoration of most of them were completed.

He added that 1,343 pieces of it have been transferred to the Grand Egyptian Museum so far.

Zeidan revealed that preparations are underway for the second phase of the final restoration work and the necessary studies to assemble and re-install the boat to display next to the first boat inside the new building of King Khufu's boats, which is now being constructed at the GEM.

Yoshifumi Omura, the main representative of Japan International Cooperation Agency ( JICA) in Egypt, explained that the agency will provide a grant of $ 3 million to complete the final restoration works and reassemble the boat for display in the museum, in addition to the $2 million that was provided in 2013, which included excavations and extracting the wooden pieces of the boat from own pit and carry out preliminary repair work.

The project of restoring and extracting the wooden pieces of the second Khufu boat is one of the restoration projects that express aspects of the fruitful cooperation between Egypt and Japan, with the support of (JICA).

Cooperation between the Egyptian and Japanese sides in the Grand Egyptian Museum project began in 2006, when JICA provided financial support through two soft loans for official development assistance in building the museum at the request of the Egyptian government.

Since 2008, JICA has provided cooperation and technical support through the Egyptian-Japanese joint project for the restoration, documentation, packaging and transfer of 72 artifacts, including a number of pieces belonging to King Tutankhamun, from the Egyptian Museum in Tahrir to the Grand Egyptian Museum.

Through the joint cooperation between the Egyptian and Japanese experts, about 90 Japanese experts participated in this project, and a number of high-tech technical devices were provided within the project, such as a digital microscope, a portable X-ray imaging device, and an electric forklift to safely carry heavy antiquities.

Ambassador Noki Masaki, Ambassador of Japan in Cairo, expressed his appreciation for the fruitful cooperation between the two countries in the fields of tourism and culture, expressing his gratitude for the efforts of Dr. Khaled El-Anany, Minister of Tourism and Antiquities, as well as the tireless efforts of Maj. Gen. Atef Moftah, General Supervisor of the Grand Egyptian Museum project and the surrounding area.

Ambassador Noki indicated that the Grand Egyptian Museum is a symbol of Egyptian-Japanese friendship.

On his part, Mr. Amura Yoshifumi expressed his appreciation for the Egyptian government and the efforts made by the Egyptian state in achieving such great progress in the establishment of the Grand Egyptian Museum and related works towards its opening.

He expressed his pride in JICA’s participation in preserving the treasures of Egyptian antiquities for future generations through Grand Egyptian Museum project. 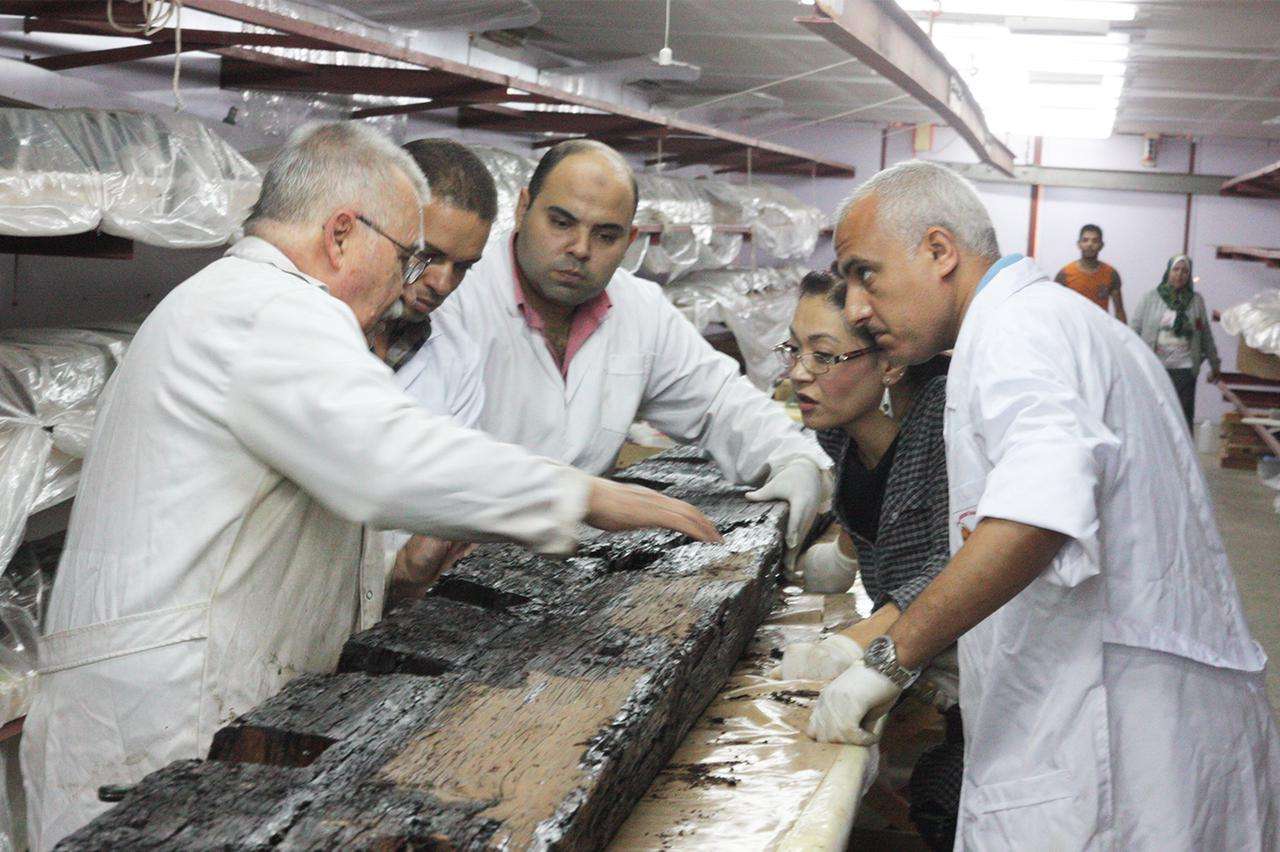