Umm Kulthum is not only a singer, a sweet voice, or a smart woman, but also rather an artistic miracle.

Umm Kulthum played an unprecedented role in all walks of life in Egypt and the Arab region.

Umm Kulthum was an inspiration to more than 40 Egyptian and Arab poets.

The famous musician was the voice that bore Arab musicians to the stardom. 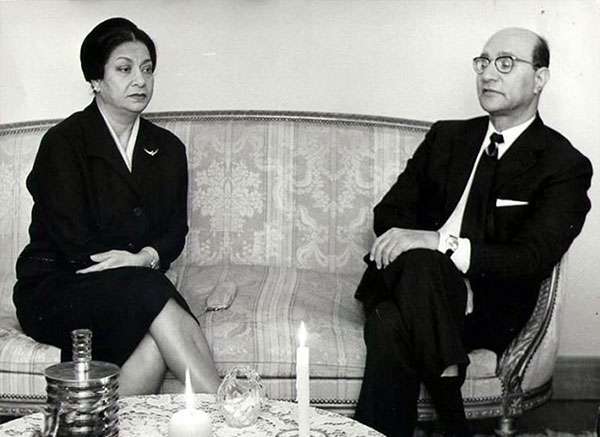 The famous musician icon also gathered all Egyptian and Arab political spectrum's around her to become the only phenomenon that unites Arabs who enjoy her voice.

The famous musician icon was the mother who inspired generations due to beauty of her unique art and contributed to the spiritual formation of them.

The whole Arab conscience unites with her voice and art. She became the beacon that the whole Arab world has embraced.

Arab listeners in the region from the Atlantic Ocean in the west to Arab Gulf in the east were eagerly waiting for her monthly concert at the beginning of every month.

If art in all its institutions is a source of soft power for Egypt, Umm Kulthum was the most important institution of this power.

This was attested by her concerts that were held in various Arab countries; planes used to land in Cairo specially bringing listeners to attend her concerts

For example, King Hassan II, of Morocco, invited her to be honored after a concert held there.

The king welcomed her similar to the reception the monarch gave to kings and presidents of states as it befitted her standing as one of the foundations of authentic Arab art.

Umm Kulthum was a very ambitious artist from her childhood until the last day of her life.

Some interpreted her eagerness and professional in her work as a kind of jealousy.

However, she was not just that; she was an artist who managed to create herself and upgrade her artistic skills.

Umm Kulthum was an integrated musical structure in terms of sound, melody and words.

She was able to convey the most difficult poems from papers to the mouths of people for the simple people to repeat those pure Arabic texts with pleasure.

She was born in Tamai Al-Zuhaira, a village in the depth of the Egyptian Delta.

The famous Egyptian icon was an ordinary child in the countryside of Egypt, who suffered in her childhood from lack of education because of the poverty of her family.

Instead of school, she went to a primitive seminar to keep to memorise the holy Koran.

She moved from singing at birthday ceremonies, weddings and religious chants to the world of music and art.

She surrounded herself from the beginning with distinguished names in all social, artistic, cultural, literary and even politics

Heads of state receive her with respect[/caption]

Dr. Naamat Ahmad Fouad, a university professor, authored a biography about her, titled: “Umm Kulthum, An Era of Art”.

The famous Egyptian icon fought political battles that threatened her life during the days of King Farouk and before the revolution.

She clashed with some members of the Revolutionary Command Council and Nasser himself was a party to these battles.

With the king of Morocco[/caption]

Until the last years of her life, she had fights with those who wanted to extinguish her luster and take away her position.

Dr. Fouad added that during the World War II, the British government asked its military intelligence to arrest Umm Kulthum and transfer her to London for fear that the Germans would kidnap her and use her for propaganda in their favor.