Today marks the 37th death anniversary of Mahmoud Shokoko, who is best known for playing the 'Aragouz' character.

Shokoko was the backbone of Egypt's showbiz from the 1940s to the 1980s. He appeared in many super hit films, including (Anter and Lebleb), (Horseshoe), and (Mohamed Ali Street).

The late star was not only seen as a talented and acclaimed monologist who left an indelible mark on Egypt's popular culture, but also, he has been the definition and benchmark of comedy for a long time now. His seminal works have made the world of theatre and cinema laugh, cry, and feel for years and still continue to leave their charm.

Although Shokoko was illiterate, he was able to have a huge impact on the world of acting and will always be remembered for his puppet character, "Aragouzsho," who is still kept at the Music Institute and the Institute of Acting today.

Shokoko, personally, was talented at increasing interest in the puppet character “Aragouz,” which was diminishing as a popular art form in low-class quarters and the Egyptian countryside.

This simple artist transformed it into a popular puppet and mascot which children used to play with everywhere.

Furthermore, he was the only actor whose candy statues were sold on streets for empty bottles, his picture was printed on matchboxes, and a tramway station in Alexandria city was named after him.

His name was Mahmoud Shokoko Ibrahim Ismail Mousa, hence “Shokoko” was an original part of his real name and not a pseudonym.

Without a doubt, Shokoko was the perfect example of a star made by cinemagoers of the post-World War II period, where low-class tastes were predominant since purchasing power was concentrated in their hands due to socio-economic changes brought by the war.

At that time, the ordinary audience was searching for a real representative of their class in films.

Indeed, filmmakers found their heroes unlike many comedy actors preceding or following him, Shokoko didn’t need a genius like Naguib Al-Rihani or Badie’ Khairy in order to bring out his character. Cineastes wanted Shokoko to be his real self.

His successful cinematic debut was in two consecutive films: Hassan and Hassan and Mohamed Ali Street, directed by Niazi Mostafa in 1944.

Moreover, he followed them with another six great movies in the subsequent year, which pointed to the rising demand for Shokoko and the beginning of comedy films’ golden age, especially ones targeting low-class quarters.

Furthermore, Shokoko remained loyal to the ordinary man and didn’t play anything else, whether as the star or a supporting actor.

He was well known for the low-class young man in My Beloved’s Window (1951, Abbas Kamel) or the protagonist’s loyal friend in Foreman Hassan (1952, Salah Abu-Seif). He didn’t shed this mold even in his successful comedic duets with Ismail Yassin, as for instance in Anbar and Feast Night.

Throughout his long-standing career, Shokoko succeeded in presenting the ordinary people with entertaining movies that sometimes-carried deep meaning presented with simplicity, according to critics. 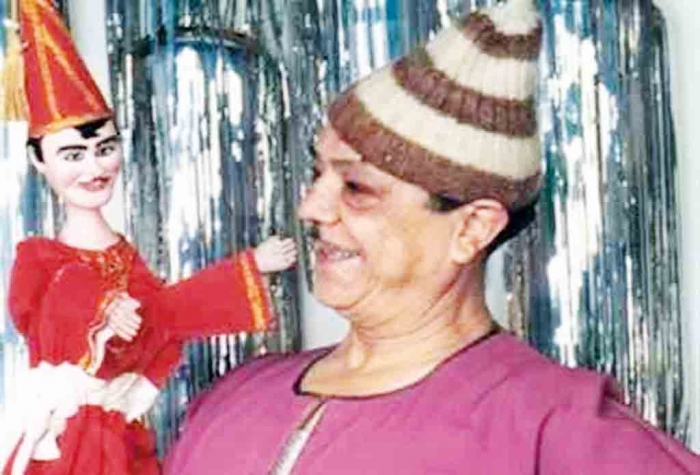 Despite his death, his legacy remains known and still appreciated by the Arab generations and world cineastes.