The Egyptian-German archaeological mission, working in the area of ​​​​El-Matareya revealed many basalt blocks that represent parts of the western and northern facades of the temple of King Nectanebo I (380-363 BC), in addition to an extension of the temple from the northern side.

The discovery came while the mission was carrying out archaeological excavations at the Great Temple of Heliopolis in El-Matariya area.

Mostafa Waziri, Secretary-General of the Supreme Council of Antiquities noted that the mission also found many blocks from Lower Egypt, representing Heliopolis.

On his part, Ayman Ashmawy, Head of the Egyptian Antiquities Sector at the Supreme Council of Antiquities, explained that the inscriptions on the stones mention the years 13 and 14 of the reign of King Nectanebo (366/365 BC), in addition to the dimensions and materials used in this temple describe the same era.

"There are also several blocks whose inscription has not been completed, indicating that it seems that no decoration work was done for the temple after the death of King (363 BC)," Ashmawy added.

"The Ramesses-era style also appeared on a fragment of jasper stone, dating from the early 19th Dynasty (circa 1300 BC), as well as a fragment of a statue of Seti II (1204-1198), which has been added to the evidence that the style is from the late Dynasty Nineteen in Heliopolis," Rau added.

The axis of the temple towards the west was also studied, where sporadic evidence indicates the presence of buildings from the Middle Kingdom, the twenty-second dynasty (Osorkon I, 925-890 BC) and a shrine for the god Shu and the goddess Tefnut from the era of King Psamtik II (595-589 BC).

Parts of a statue of Ramses II were also uncovered, as well as part of a baboon statue, a pedestal, parts of a quartzite obelisk for Osorkon I, and parts of worship facilities such as an offering table for Tuthmosis III, 1479-1425 BC.

The excavations also provided additional evidence from the Thirtieth Dynasty and the Ptolemaic period. Rau pointed out that the models of sculpting as well as limestone molds for inscriptions and ushabti statues all put the pieces of the puzzle together, before all evidence of the temple activity disappeared during the Roman era. 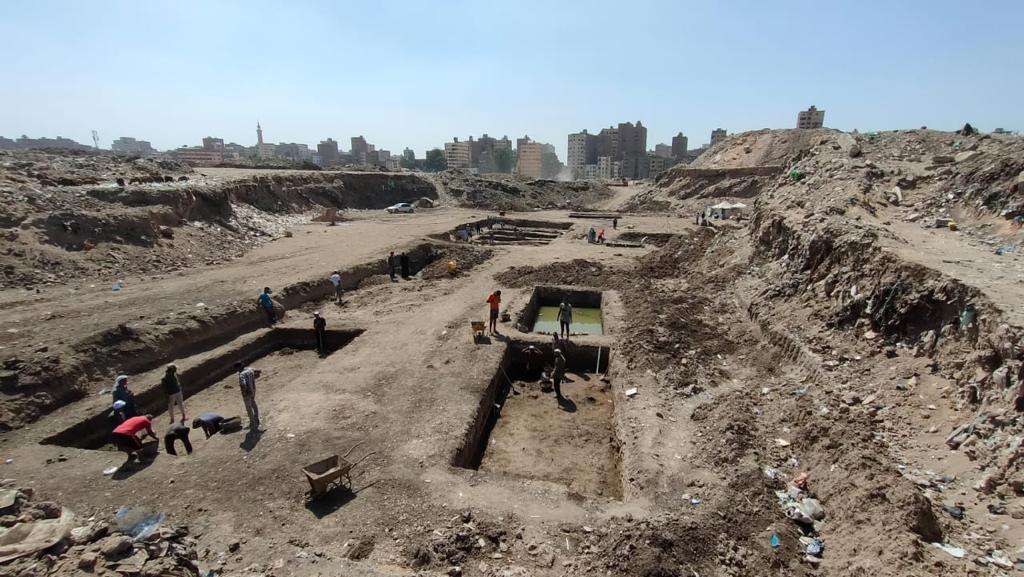