Today marks the 47th death anniversary of the legendary Arab singer Umm Kulthum, who cast a spell on her fans with her soul-stirring voice and has been one of the timeless favorites of Egyptian cinema and Arab music lovers.

Kulthum, fondly known as "The Lady of Arab singing", was born in Sinbillawain in 1898 and has performed some blockbuster hit songs in front of a number of Arab monarchies and leaders like King Farouk I, Gamal Abd El-Naser, and Anwar Al-Sadaat.

The late singer ruled the music industry with her marvelous romantic and partonic songs for six decades and bagged several awards.

The remarkable star is cited as the most acclaimed singer in her generation as she had recorded many songs during wartime and was also a favorite for many composers.

At a young age, the countryside girl, who showed exceptional singing talent in the earliest years of her life, made her showbiz debut as a folkloric singer with her father at birthday parties and weddings.

Apart from being a singer, Kulthum has also carved a name for herself as one of the leading actresses.

In 1928, she released her first monologue, which made her very famous and served as a gateway for her to enter the film industry through her voice in the movie “Awlad el-Zawat” in 1932. However, she decided to devote herself completely to singing.

She then joined Egypt’s Radio upon its inception in 1934 and was the first artist to join the station.

Later that year, her fame as a singer increased through sales of her records to the point where she embarked upon a major tour of the Middle East and North Africa, performing in prominent Arab capital cities such as Damascus, Baghdad, Beirut, Rabat, Tunis, and Tripoli.

Kulthum married four times; the first was an Imam named Abdel-Hamid. The second was an Egyptian composer named Mahmoud Sherif, who cheated on her. The third was to the well-known journalist Moustafa Amin. Her last marriage was to Hassan El-Hefnawy, who was her personal physician.

Although the remarkable singer passed away in 1975, her irreplaceable voice is still remembered by many Arab audiences. She is still well-known for her seminal and iconic songs, such as 'Inta Omri' (You're My Life), 'Walad Al Hoda' (Child of Guidance), 'Howa Saheeh El Hawa Ghallab' (It's True That Love Is Overpowered), and 'Inta Al Hob' (You're Love). 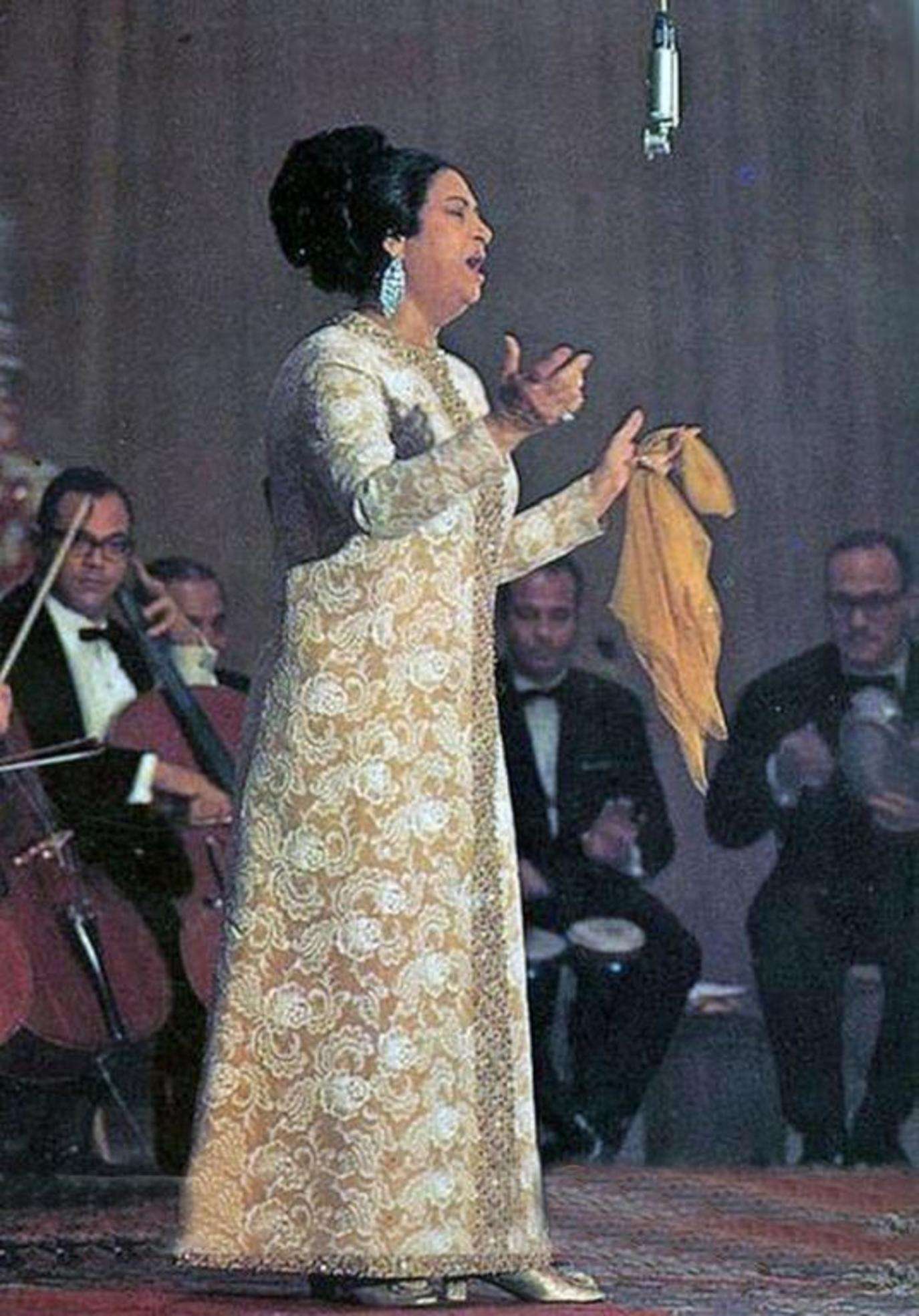