Today marks the 16th death anniversary of the iconic Egyptian actor Abu Bakr Ezzat, who rose to stardom with astonishing speed, was at the height of his fame when he died of a severe heart attack in 2006.

Ezzat's unique quality was his charisma and his mentality, and it was through these qualities that he created a bridge between himself and his audience.

Born in Saida Zainab neighboring, Cairo on 8 August 1930, he acted in over 300 Arabic films and appeared in several plays like "The Scandals" which was directed by Kamal Yassin and was released in the year 1955.

While in school, Ezzat developed an interest in theater and made his public acting debut at a school concert.

In 1959, he studied acting and graduated from the faculty of Arts, but it wasn’t long before he made his way from stage to screen.

After his graduation, he tied the knot with his university colleague and renowned screenwriter Kawthar Heikal.

Like other members of his generation, Ezzat came to the screen from the theatre, after years of both hardship and fame. However, he is also indebted, like them, to the silver screen for the fame he achieved.

He is well known for playing a shrewd man and the valen, who is always seeking to gain the biggest amount of benefit, clinging to life, and searching only for his self-interest.

The veteran actor was also the recipient of numerous awards and nominations for excellence throughout his successful career, including the Best Actor in the Egyptian cinema at the Cairo International Film Festiva and Life Time Achievement at the Alexandria International Film.

Ezzat, who had done several films with the legendary actor Fouad El-Mohandes such as Mr. X and 'Hareb mn El-Zwag', died on February 27, 2006, at the age of 72, and left millions of fans mourning after a lustrous career spanning over four decades in the Egyptian film industry. 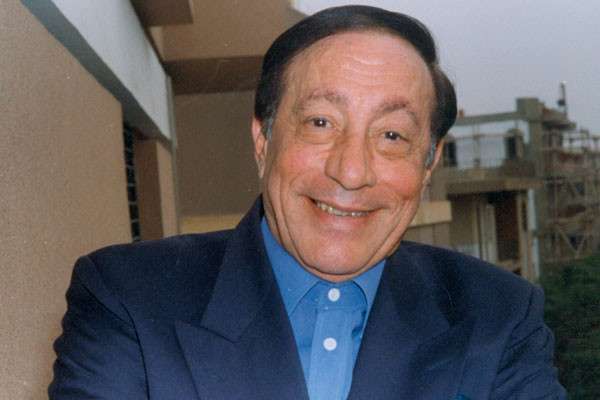