Harry Styles to Return to Marvel as Eros

Styles made his debut last year in the MUC in a post-credits Eternals scene playing Eros – also known as Starfox – the brother of Thanos – alongside Pip, a troll-like CGI character voiced by Patton Oswalt. 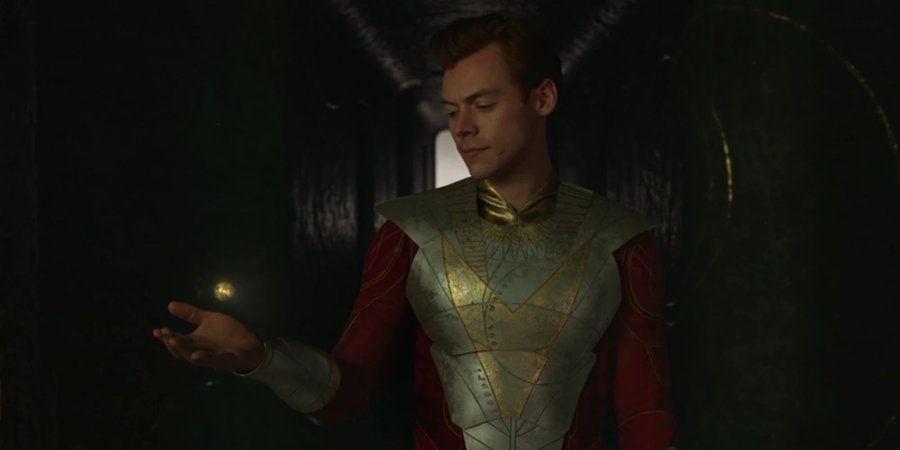 Harry Styles as Eros in "Eternals."[/caption]

While appearing at this year’s San Diego Comic-Con, Marvel boss Kevin Feige teased that both characters would be making their return to the MCU, though stopped short of revealing what projects they might be appearing in.

“The adventures of Eros and Pip is something that is very exciting for us,” Feige said in a statement to MTV News.

“You’re talking about 'Ghost Rider', we’ve got 'Blade', we’ve got 'Doctor Strange' with the supernatural angles. We’ve got the street-level with our announcement of 'Daredevil' and of course Spidey, going into the street-level heroes. And cosmic. And that’s where our friends Eros and Pip live,” he added.

Marvel announced a slate of new films and TV shows at this year’s Comic-Con. Phase five will begin with Ant-Man & The Wasp: Quantamania" in February 2023, and will include six movies and six TV series, ending with "Thunderbolts" in mid-2024.

The sixth phase will include a reboot of "Fantastic Four" and two Avengers movies – "Avengers: The Kang Dynasty" and "Avengers: Secret Wars", both of which will be released in 2025.