Farouk Hosny's Exhibition in Bahrain to Kick off on Tuesday

The exhibition of the legendary artist, the former Minister of Culture, and the founder of the Farouk Hosny Foundation of Culture and Arts Farouk Hosny will kick off next Tuesday, January 11, at the Art Center, Bahrain; it will last until February 5.

45 artworks will be displayed at the event. All paintings were produced in the period between 2020 and 2021.

In addition, seven sculpture works by the Bahraini artist Khaled Farhan will be exhibited; they have been influenced by the unique abstract tendencies of Hosny's artistic style.

Hosny’s artistic style was deeply developed as he always believes in the role of art, especially, painting, as a tool and method for reforming society, alongside its educating and culturing role.

Moreover, the iconic artist does his best to deliver all his feelings and personal experiences by using harmonious colors and vivid contrasts, and impressive composition.

The upcoming exhibition will be the second for Hosny in Bahrain after his exhibition at the Bahrain National Museum in 1992.

It is worthy to mention that the iconic artist is an influential milestone in the scene of Egypt's arts and culture, and he is well-recognized in the Middle East. 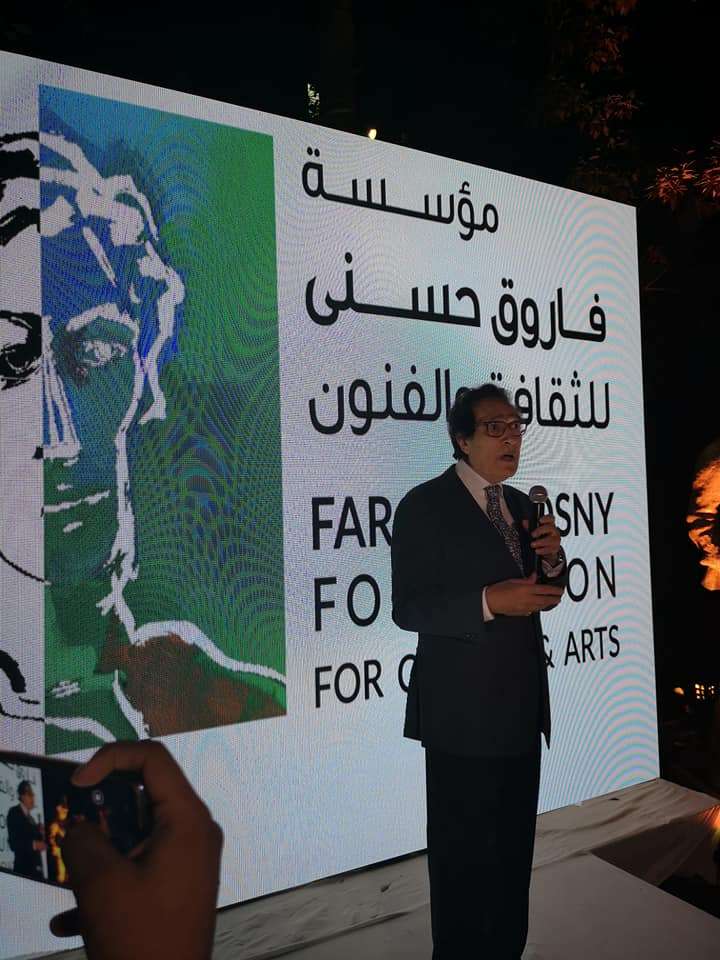 In addition, Hosny's artworks were exhibited in the most prestigious Metropolitan Museum in New York, America, the Houston Museum of Art and Fort Lauderdale Museum in the United States of America, and the Vigor Museum of Art in Tokyo, Japan, the Louvre Carrousel Museum in Paris, the Vittoriano Museum in Rome, Italy, the National Museum in Vienna, and many special exhibitions in European and Arab countries.