The Egyptian archaeological mission working in the archeological site of Luxor Temple announced the discovery of a rare plaque dating back to the modern family era, besides a number of offering tables from the Byzantine era.

The Secretary-General of the Supreme Council of Antiquities Mostafa Waziri revealed that they found a rare offering plaque inscribed with King Thutmose IV and King Amenhotep II was also discovered.

Waziri also cited It as the first plaque of its kind depicting offering scenes from Thutmose IV and King Amenhotep II, providing incense and pouring water before the deity Amun on the throne.

Waziri said: "Offering vessels and a plaque from the Ptolemaic period belonging to King Ptolemy III were also uncovered, in addition to a bowl of granite and a large amount of wheat and lentils.

He also expected that the excavations in that region would result in new discoveries dating back to the Roman era because the region had not been excavated before.

He also noted that excavations are continuing with the implementation of reinforcement operations to reach the rooms of the house below the excavation area in the Luxor Temple. 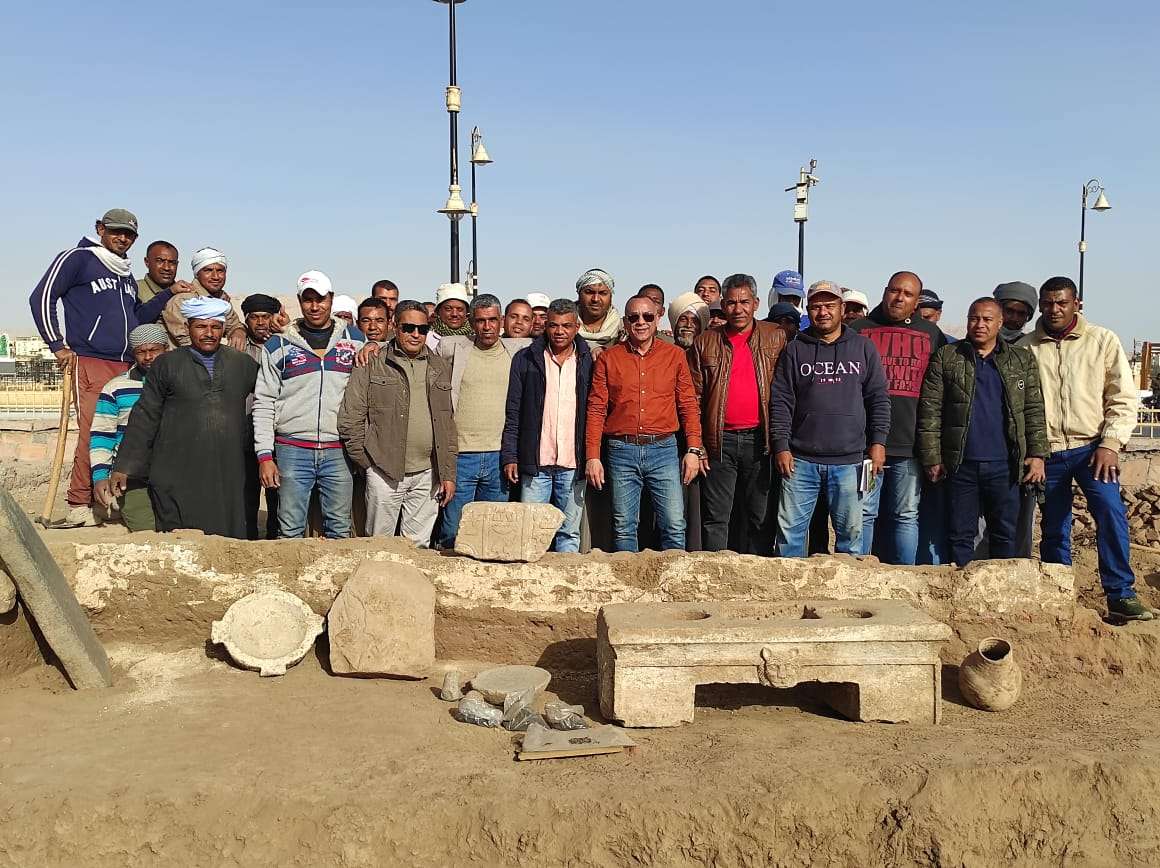