Being a magnificent artistic peace, the statue may date back to the Fifth or the Sixth Dynasties. Those periods are also known as the King Unas Period (2278 BC-2375 BC) or the King Pepi II Neferkare Period.

The pink granite statue, supported by a limestone base, was unearthed nearby the Step Pyramid of Djoser.

It was beautifully created as it depicts the realistic and natural human look of the ancient Egyptian writer with his wig.

“Tib-Em-Ankh” carried two of the most prestigious ranks in the history of ancient Egypt as he was one of the highest-ranked officials. The two ranks were the King’s Minister and the head of the judges.

The writing profession in ancient Egyptian was classified as one of the most influential jobs as they were connected to the king’s minister.

The writers were responsible for documenting the royal orders, counting the soldiers of the army and employing them, choosing the suitable workers, and collecting the taxes. Moreover, they played a vital role in promoting the artistic, literary, and educational life in ancient Egypt. 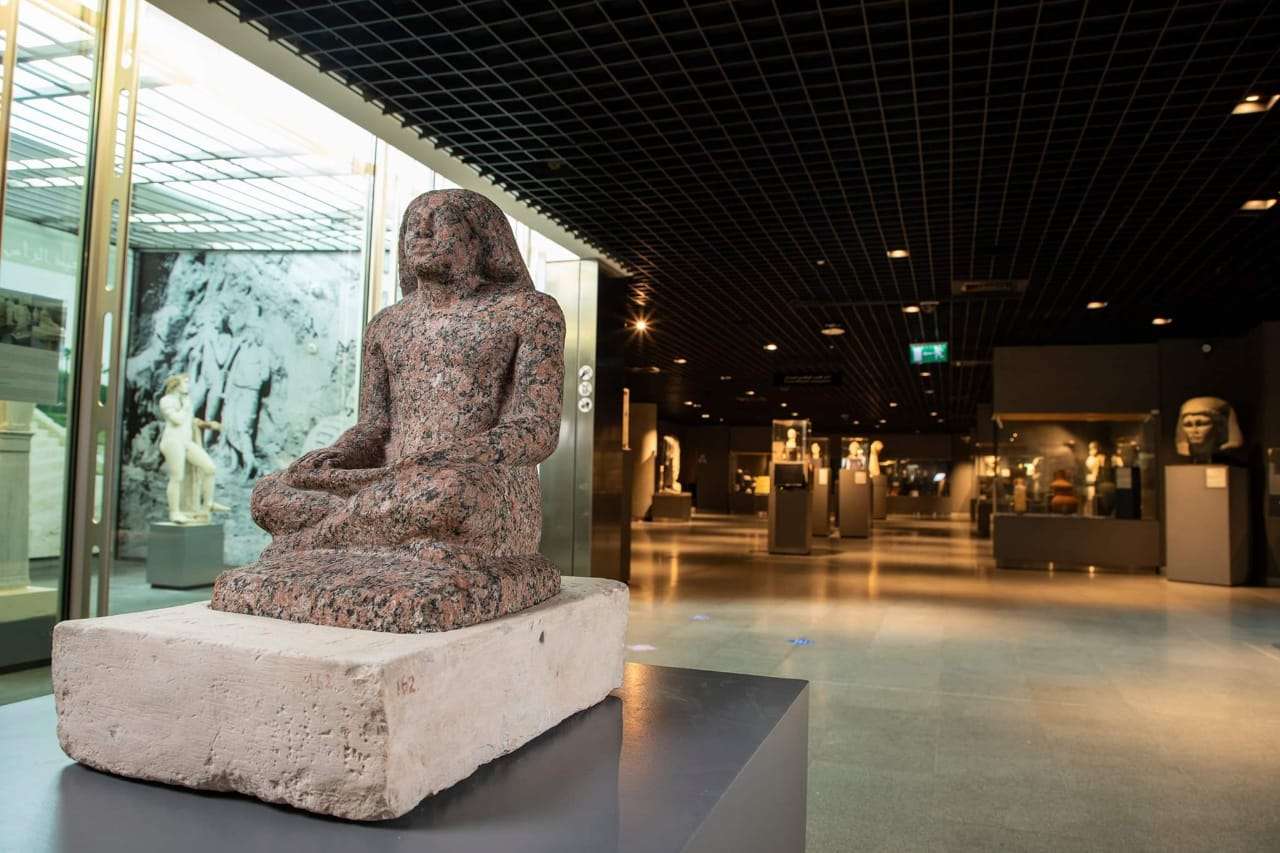