Egyptian actor’s Amir Karara TV series “El Ekhteyar” (The Choice) was one of the most-watched soap opera this year, which premiered in Ramadan.

It was watched almost in every home in Egypt and the Middle East, now it is making a comeback to our television.

The series was so lit that the public demanded the rescreening of the final three episodes in the series during Eid al-Fitr holidays.

Synergy, the production company of the TV series, announced through its official "Facebook" account that there is a preparation for a second part of the series.

There is a lot of unknown information, however, it is slated for the series to premiere in Ramadan 2021. It is speculated that it will be screened on the ON E TV channel, where the original series was premiered.

The first season co-starred Karara as martyr Colonel Ahmed el-Mansy in the series. El-Mansy was the commander of Sa’ka Forces (Thunderbolt Forces) battalion 103, who was martyred with several other members of his battalion on July 7th, 2017.

Ahmed El Sakka was the last guest to appear on the series. He played the military prosecutor who is interrogating terrorist Hisham Ashmawy ‎(played by Ahmed Elawady).

The TV series is written by Baher Dowidar, and directed by Peter Mimi.

The 42-year-old actor has received wide recognition for his outstanding performance from day one, following its premiere during the holy month of Ramadan. 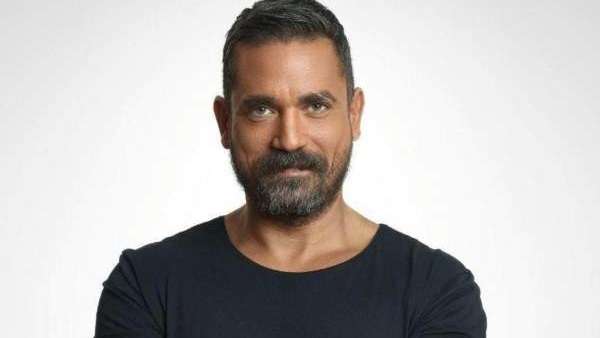 The series became on the most searched on Google top-trending searches in Egypt after the screening of the 28th episode.

The episode featured the final stage in the life of Mansy and other members of his battalion 103 as they fended off the militants’ terror attack launched on an Egyptian armed forces checkpoint in El-Barth Village, on July 7th, 2017.

It also trended on twitter trending list under several hashtags namely “#Mansy the legend” (#منسي_الاسطوره), “#El-Barth_Massacre”(#ملحمه_البرث), “martyrs of the country” (شهداء الوطن), and “heaven above” (الفردوس الاعلي), as many celebrities and twitterers paid tribute to the martyrs of the country.

TV series “El Ekhteyar” was the first to present the life of the commander in artistic work. It was often praised on social media and news outlets for highlighting the terrorists’ dark principals and ideology, which are based on blood, betrayal, and opportunism.

Each episode in the series triggers patriotic feelings and a sense of gratitude for the Egyptian army inside each citizen for their brave and heroic stands.

It also drives a sense of anger towards the terrorists and extremists as it showcased their true colors, which is filled with dark motives against their “greatest enemy”, the Egyptian army.

“El Ekhteyar” is loaded with unforgettable moments masterfully presented by great director Peter Mimi, who managed to create a national epic with the true meaning of the word.

Manar Salim, the widow of the el-Mansy, addressed the production in a televised remake, saying: “Since the beginning of Ramadan, we were wary of this day. The scene of the martyrdom of Ahmed el-Mansy exceeded all my imagination. Ahmed el-Mansy was martyred in the same way,”.

"He was always waiting for martyrdom and was always saying that he would not live long in that life”, Salim pointed out.

She also expressed her thankfulness to the creators of the series for their creativity in the series, as well as for representing el-Mansy’s humanitarian stances.

“Artist Amir Karara excelled in embodying the personality of the martyr Ahmed el-Mansy. He put a lot of effort.” Salim stressed.

She added: “the creators of the series told them that the episode would be tough, and in truth, the scenes were really very difficult,”

“In the montage they were very sad and therefore they issued a statement appealing to the families of the martyrs not to watch the episode.” Salim continued.