A campaign of signatures calling for an investigation into the wealth of leader of Tunisian Brotherhood Ennahda Movement Rached Ghannouchi exceeded the 5,000 mark in a single day, according to Sky News Arabia correspondent reports on Monday.

It was only 24 hours since the petition organized by Tunisian activists was launched.

The petition demands the disclosure of the sources of Ghannouchi's wealth, who currently holds the position of Speaker of the Parliament in Tunisia.

Activists are suspicious of Ghannouchi's wealth, as he has not practiced any professional or economic activity since he came to Tunisia nine years ago from London.

The petition says Ghannouchi has become "among the richest people in Tunisia", with a fortune of more than $1 billion.

The signatories of the petition, which are a number of academics, activists, artists, and citizens, called for the necessity of "investigating in all seriousness and transparency the wealth and financial resources of Ghannouchi.”

They also called for the formation of an independent committee to investigate the resources of this wealth, which reports say have exceeded one billion dollars.

The demanded investigation committee shall be consisted of the Tunisian General Labor Union, the Bar Association and the Tunisian League for the Defense of Human Rights.

They said that, “Because Rashed Ghannouchi is the leader of one of the largest representative parties in Parliament, Ennahda, and that he is the Speaker of the House of Representatives, along with the prevalence of corruption in the state and society; in view of the large number of suspicious foreign funds that come to the Tunisian country with the title of charitable work and associations, and the intersection of these funds often with terrorist organizations and suspicious political agendas.

It has become imperative that investigations be carried out in all seriousness and transparency in the wealth of Mr. Rashed Ghannouchi and its resources."

This petition is being led by activist Anis Al-Mansoori, who confirmed in media statements that the petition has nothing to do with any party, or even a union, stressing that it is an initiative stemming from "the feelings of citizens and purely national goals.”

Two days ago, the Tunisian Free Constitutional Party, headed by Abir Moussi, demanded that confidence be withdrawn from the Speaker of Parliament, Rashed Ghannouchi, describing him as a threat to the country's national security.

During a video published on the official page of the head of the Free Constitutional Party on Facebook, Moussi said: "Ghannouchi's presidency at the head of parliament is a threat to national security," adding that "withdrawing confidence from Ghannouchi is a national duty.”

The party leader condemned Ghannouchi's repeated visits to Turkey, describing it as a violation of the House of Representatives Law, which requires his accountability and demanding the withdrawal of confidence from him in his capacity as Speaker of Parliament. 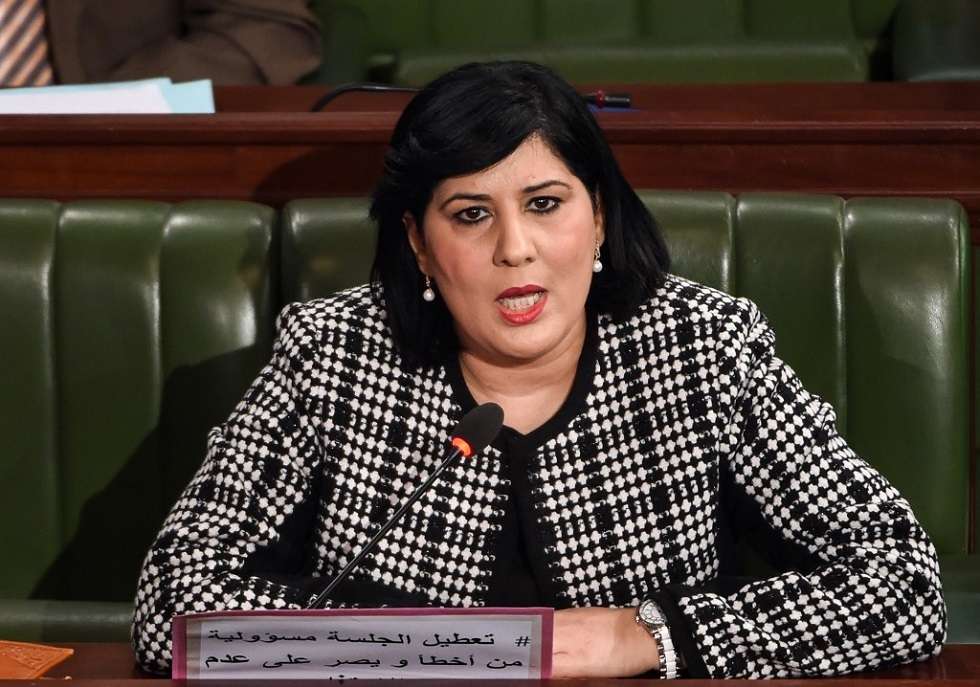 On May 10,  Moussi revealed that the she had received assassination threats due to her criticism against actions of hardline organization of the Muslim Brotherhood in Tunisia since 2011.

Member of the Free Constitutional Party and Chairwoman of the Energy Committee in the Tunisian Parliament Moussi said, in a live broadcast on Facebook, that this criticism led in the past years to the murder of lawyer Shoukri Belaid and former member of the National Constituent Assembly, Mohamed Brahmi.

Moussi confirmed that Belaid and Brahmi, who, were assassinated in front of their houses because they opposed the Brotherhood and revealed its plots against the Tunisian state.

“There is no need for this attack… We are not ready to return to the 2011 scenarios, and return to violence and eliminations,” she noted.