All You Need to Know About New Sharm El-Sheikh Road

The Egyptian government under the leadership of President Abdel Fattah El Sisi is attaching great importance to the development of roads and streets network in Egypt and the whole infrastructure as well, to provide a decent life for all citizens.

In August 2014, Egypt launched the national roads project that would contribute to enhancing the country’s roads nationwide.

The project includes fixing and developing existing roads and bridges, as well as building new ones.

Among those new roads is the new road to Sharm el-Sheikh, inaugurated by President Sisi early November 2019.

1- The road is implemented by Armed Forces Engineering Authority in cooperation with Orascom Construction and Arab Contractors with total investments worth EGP 3.5 bn.

2-The road shortens the duration from Cairo to Sharm el-Sheikh by four hours.

4- It brings the distance between Cairo and Sharm el-Sheikh to 450 km shorter than the older 540-kilometer route.

5- Sharm El-Sheikh road includes 14 gas stations along the way, seven on each side, with a distance of 50 kilometers between each one.

6- It contains three lanes in each direction, with a width of 25 meters to avoid accidents and ease traffic congestion.

7- The road is fully equipped with petrol stations, service stations, medical units, as well as a brand new sewage network. 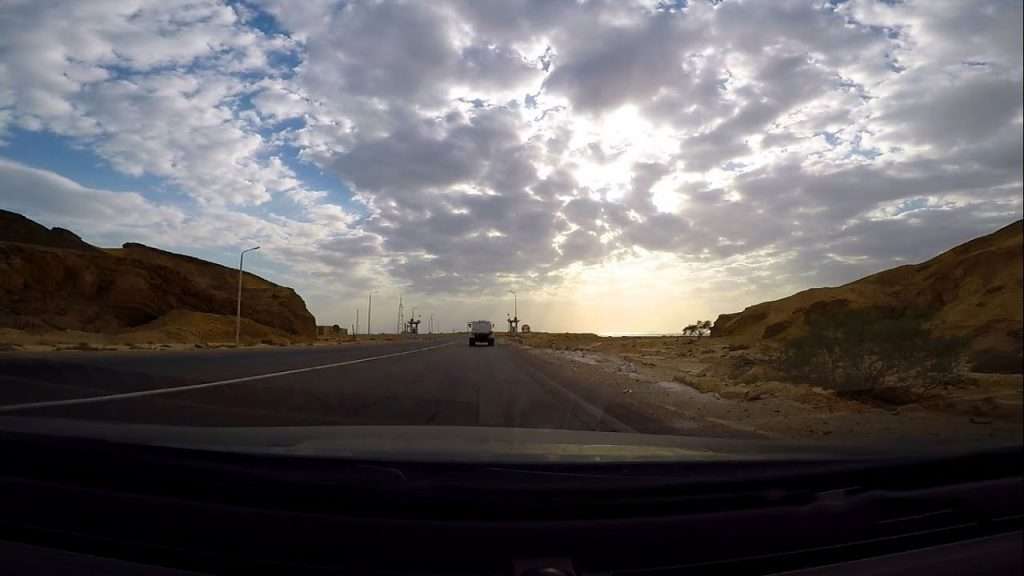 8- Directly after Oyun Musa toll booth, the car’s driver can turn left into the desert area and take the new road, avoiding the old coastal road.

9- The road does not pass between cities or residential areas.

10- It avoids all dangerous curves.