Egypt's administrative court has rejected a lawsuit calling for the suspension of Egyptian actor and prankster, Ramez Galal's new prank show, “Ramez Majnoun Rasmi” (Ramez is officially insane), which is screening on the Saudi-owned MBC Group.

The lawsuit was filed by Egyptian lawyer Fahmy Bahgat, who called on the ministry of Information, and the Supreme Council for Media Regulation to suspend the prank show for because it “incites violence.”

In its ruling, the court upheld to continue screening the show, affirming that it “does not hold any threat to Egyptian national security or incites violence or discrimination.”

The court ruled to refer the case to the State Commissioners Authority to prepare a report on its legal opinion.

Galal has been hosting a prank show every Ramadan over the past seven years, which is popular between the youngsters, pre-teens, and half the population of the Arab world.

The shows are held under a different theme and name every year, which always scared the jeepers out of his celebrity guests’, letting them believe that they have been kidnapped by extremists, or trapped inside the elevator with a lion in front of them.

Every year, the show is always leaving the viewers’ contemplating whether Galal has gone too far, as he adds the level a notch as if to tell his critics that he would not stop, as he cannot let his loyal viewers down. 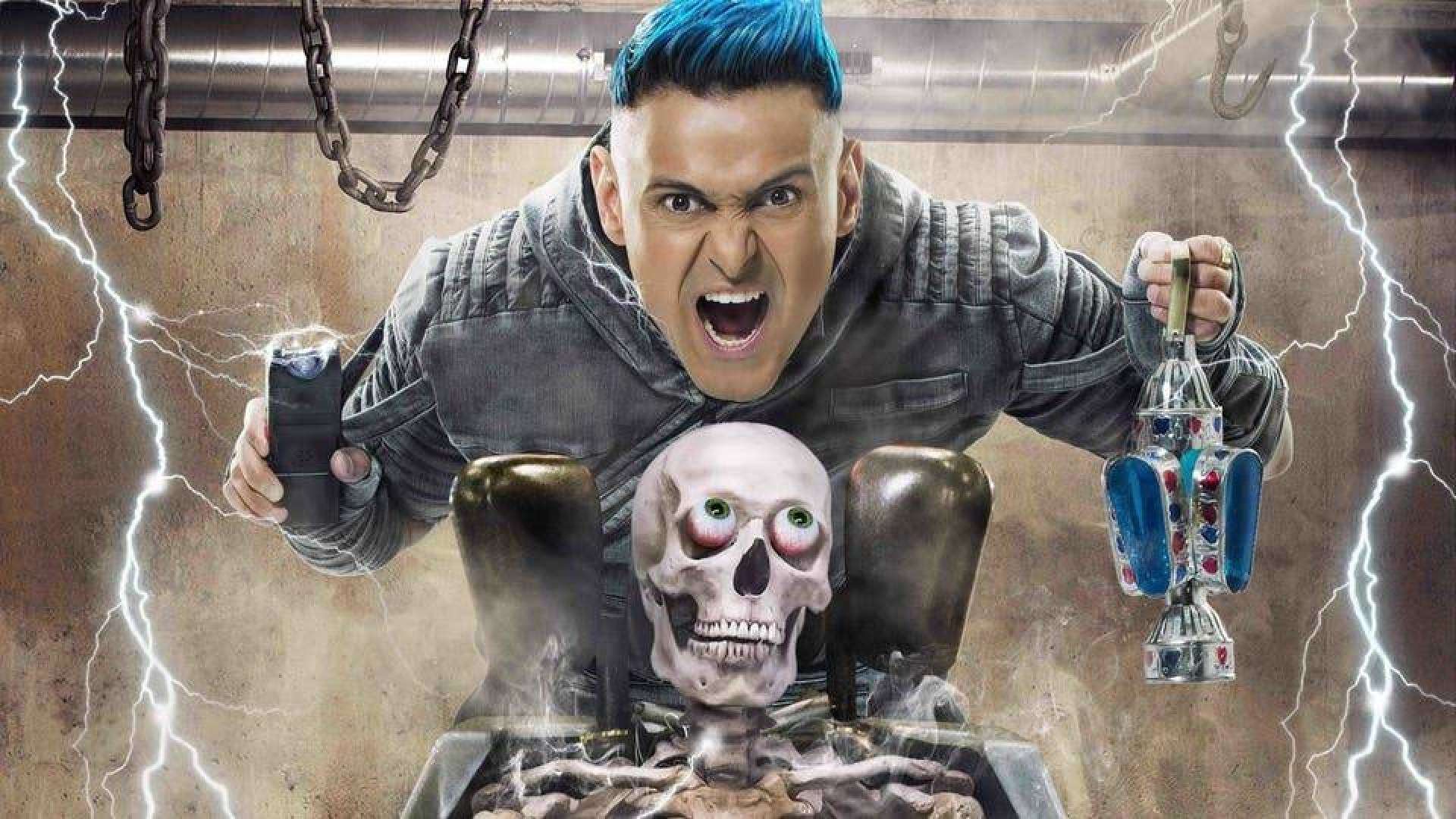 Has Ramez Galal crossed the line?

However, this year, it might take a different turn. “Ramez Majnoon Rasmi” program topped the viewership rates since the first days of its premiere, where it ranked first in the audience size viewership across different platforms in Saudi Arabia, Bahrain, Iraq, Kuwait, Libya, and Qatar.

It also ranked third in the UAE, Algeria, and fourth in Morocco among the programs and series screened in Ramadan.

He has a fair share of admirers posting hearts and thumbs-ups, but just as many people, officials, and public figures criticize it and find it tasteless.

This year, the prank show features the guests being strapped into a confession chair and asked a series of questions as well as subjected to humiliating situations that border on torture.

The show is popular among its audiences due to the viewers’ wish to watch celebrities in a position their most vulnerable position, to see how they would react in certain circumstances, as a way of shattering the belief that famous people are untouchable, perhaps?

The episodes of the new season feature the guests appearing to a building, believing that they are guests on a talk show hosted by Yemeni singer and television host, Arwa.

The viewers watch as they arrive at the location and agree to be strapped to the “confession chair”, who is told that it will determine whether they are telling the truth or not.

The scenes are narrated with Galal’s snarky commentary from behind-the-scenes.

They are presented with three celebrity pictures and are asked to give their opinion about them, the last picture is of Galal, which features him looking “spooky” and “creepy”, as the guest answers, he breaks out of the picture with a bull horn.

That is when things take an ugly turn as he starts spraying their hair with spray paint, which is followed by the confession chair turning into a rollercoaster and sends them flying around the set.

Galal then placed them in a tank full of crabs, throws snakes at them, and makes them sing “Ramez Galal is a YouTube star”, threatening them to do his binding as if they were his hostage.

Some, to an extent, have it easier than some guests, none the less, the entire affair is uncomfortable and unforgivably cringeworthy to watch, between his taunts and glee at playing the role of a torturer, Galal reveals that he will not back down.