The release date for Lebanese superstars Cyrine Abdelnour and Ramy Ayach‘s TV series “El Ein Bil Ein” (An eye for an eye) has been unveiled.

The 15-episode series is set to debut on Shahid streaming service on Sunday, August 21.

The series is penned by Salam ksiri and directed by Randa Alam.

The series is written by Nasser Fakih and directed by Said El Marouk.

It is centered around a beautiful and psychologically disturbed woman who chooses a fictional character as her ally in a journey full of twisted games and complete vengeance. 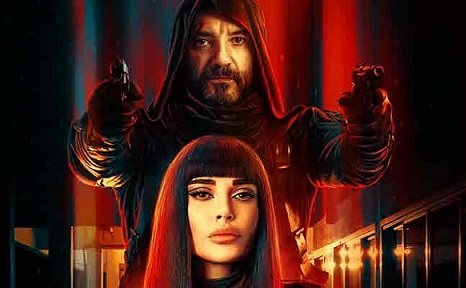 Abdelnour, born on February 21, 1977, is a Lebanese actress and singer, and model.

She studied at St. Courier as well as studied accounting until 1993, before pursuing a modeling career and taking classes in fashion design in late 1993.

Abdelnour later began work as a model. She made her first modeling job involved presenting Christmas designs by a group of designers such as Zuhair Murad, Abu Mahfouz, and others.

Abdelnour began appearing on LBC as an actress in early 1998. She took part in several drama productions including “Marianna”, “Ghadan Youm Akher” (Tomorrow is another Day), and others.

In 2003, she made her acting debut in the TV series “Ibnatti” (My Daughter), which was followed by more roles. She released her debut album, “Leila min El Layali”, the following year. She is also known for starring in the film “Al Mosafer” (The Traveller) featuring iconic actor Omar Sharif, which was screened at the 66th Venice Film Festival.

Egypt's government has been working on plans for new coastal smart cities like the New City of Galala, Red Sea,...

Egypt's government has been working on plans for new coastal smart cities like the New City of Galala, Red Sea,...