Lionsgate and Twisted Pictures are developing the tenth installment of the horror franchise “Saw“.

It is set to debut on October 27, 2023 release date, just in time for Halloween.

The tenth installment has no official title, but more details will be revealed as production begins to gear up.

The movie will be directed by Kevin Greutert, who previously directed “Saw VI” and “Saw: The Final Chapter”.

The plot of the new entry is kept under wraps, but the studio promises the movie will capture fans’ hearts with all-new twisted, ingenious traps and a new mystery to solve. 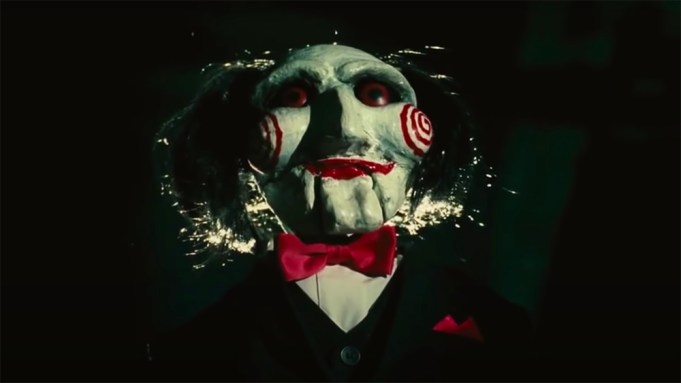 The franchise began in 2004 with its first installment “Saw” helmed by “The Conjuring” director James Wan and based on his short movie of the same name.

While it received mixed reviews, the movie became a huge hit at the box office and ranked $103.9 million at the box office, with audiences flocking to see the terrifying deadly traps created by Jigsaw (Tobin Bell).

The movie spawned six sequels that debuted annually until 2010 with “Saw: The Final Chapter” intended to end the franchise.

However, the franchise returned after a seven-year hiatus with 2017’s “Jigsaw” and “Spiral: From the Book of Saw”, a reboot of the franchise starring Chris Rock.

American singer-songwriter, Taylor Swift revealed Friday the fifth song title from her highly-anticipated album “Midnights”. In a new episode of her “Midnights...

American singer-songwriter, Taylor Swift revealed Friday the fifth song title from her highly-anticipated album “Midnights”. In a new episode of her “Midnights...