The track marks first collaboration between the pair. 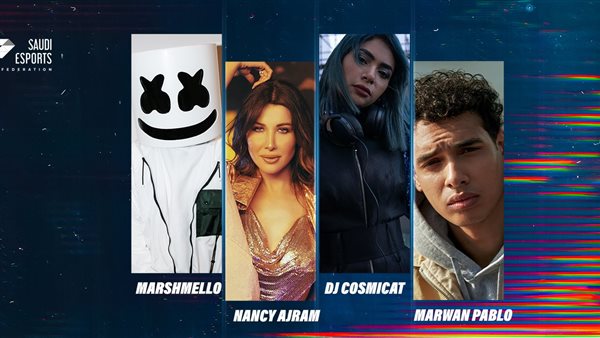 On the other hand, Pablo and Ajram are set to perform at the Gamers8 esports festival, in Riyadh Boulevard City, Saudi Arabia, on Thursday, August 11.

The evening will also feature performances by Marshmello and DJ Cosmicat.

On the sporting front, Gamers8 invites some of the world’s best players and teams to compete across popular titles, such as “Rocket League”, “Dota 2”, “Fortnite”, “Tom Clancy’s Rainbow Six Siege”, and “PUBG Mobile”.

A total of $15 million will be awarded in prize money, one of the biggest in an esports competition. Performances will run from Thursday, July 14 to Thursday, September 1.

The tournaments will be broadcast live on the festival’s social media channels in more than eight languages, including Arabic and English.

Putin Promotes Kadyrov to Colonel General on His Birthday

Egypt Renews Call for Return of Rosetta Stone from U.K.

The German ambassador to the North Atlantic Treaty Organization (NATO), Rudiger Koenig, warned against NATO's direct involvement in the war...

Despite of Its Low Emissions, Egypt lmplements Mitigation Projects

The German ambassador to the North Atlantic Treaty Organization (NATO), Rudiger Koenig, warned against NATO's direct involvement in the war...

Despite of Its Low Emissions, Egypt lmplements Mitigation Projects