Kadim Al Sahir to Perform in Lebanon on July 15 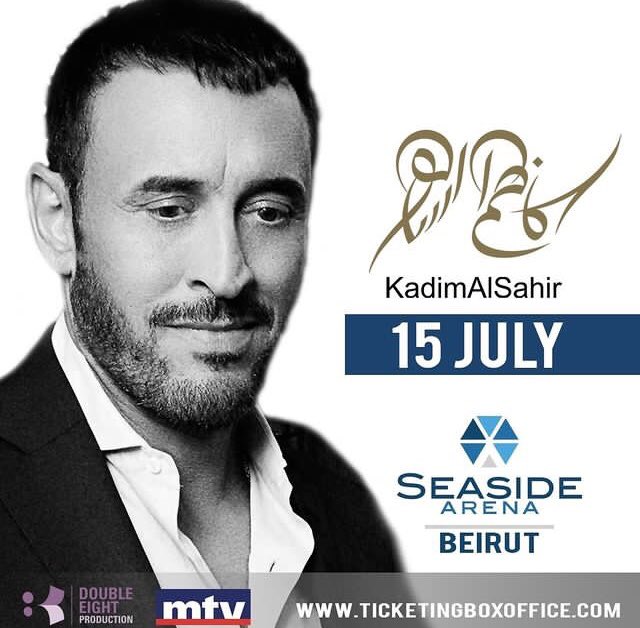 Al Sahir is also slated to present two concerts in Turkey next month.

The concerts will be hosted from July 11-12 at the Halic Kongre Merkezi, in Istanbul.

He is scheduled to perform live in Oman on Thursday, July 28.

On the other hand, the acclaimed singer is set to perform at the Paramount Centre in Toronto, USA, on August 18.

He will play at the Auditorium Theatre in Chicago on August 20 and at the Fox Theatre in Detroit the following day.

Moreover, Al Sahir will present a show at the Dar Constitution Hall in Washington DC on August 26 and at the  New Jersey Performing Arts Center the next day.

Kadim Jabbar al-Samarai, known by Kadim Al Sahir, was born on September 12, 1957, in Mosul, Iraq. He is a singer, actor, composer, and songwriter.

He typically presents with an orchestra consisting of twenty to thirty musicians on Arabic percussion, oud, qanun, nay, and bass. His work frequently features Iraqi folk instruments, rhythms, and melodies.

Al Sahir presented political and romantic songs for Iraq and Baghdad, highlighting the feelings of the citizens of Iraq as well as their tragedies.

Releasing numerous albums and touring extensively, Al Sahir has landed his place as both a high-grossing superstar and a respected musical artist. His reputation has continued to grow through collaborations with European and North American artists, including Sarah Brightman and Lenny Kravitz. He continues to live abroad, residing alternately in Cairo, Dubai, Paris, and Toronto.

Against the backdrop of global instability, China is willing to strengthen cooperation with developing countries to build a more just...

Against the backdrop of global instability, China is willing to strengthen cooperation with developing countries to build a more just...