Amr Diab to Perform Live in Saudi Arabia on Aug. 20 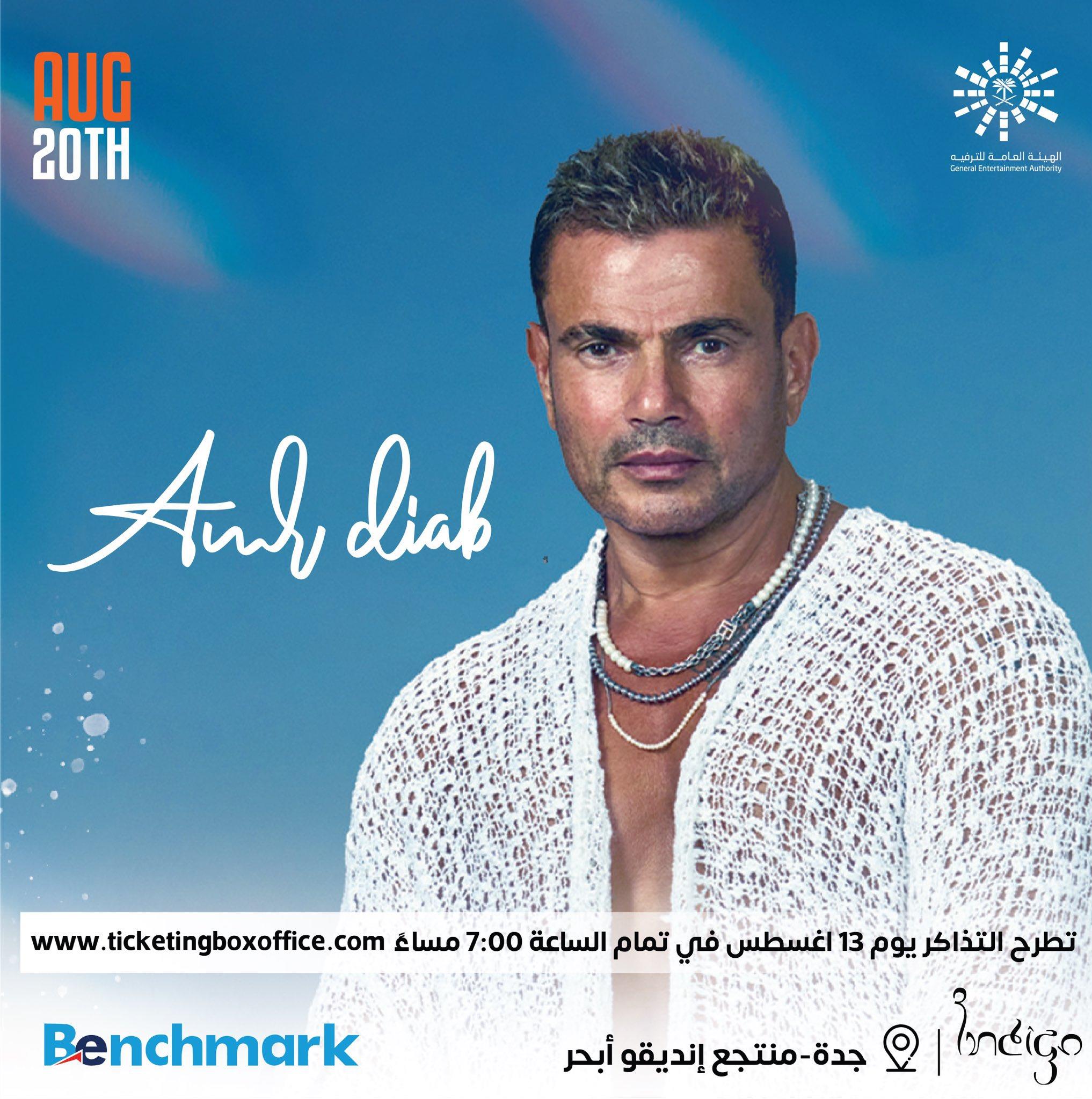 Diab, born on October 11, 1961, is a multi-award-winning pop singer-songwriter. He created his own style which is often termed “Mediterranean Music”, a blend of Western and Egyptian rhythms, by 1992, he became the first Arabic artist to start making high-tech music videos.

He is a Guinness World Record holder, the best-selling Middle Eastern artist, a seven-time winner of World Music Awards, and a five-time winner of Platinum Records.

Diab’s fame in the entertainment industry has led him to experiment with other forms of media, such as film-making.

In 1988, he made his acting debut in the film “Al Sagenatan” starring prominent actresses Elham Shahin and Samah Anwar.

Despite the films’ success, Diab did not experience the same level of success in acting as he had with his music. He has focused on his singing career since 1993.

In 2020, the iconic singer signed on to make an acting comeback in an Arabic original series for Netflix.

The Ministry of Social Solidarity denied news circulated on social media regarding the ministry’s launch of an initiative related to...

The Ministry of Social Solidarity denied news circulated on social media regarding the ministry’s launch of an initiative related to...